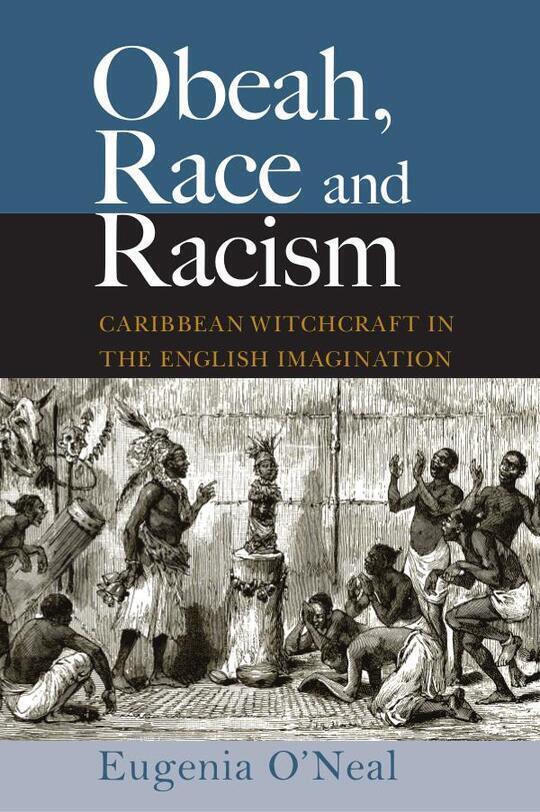 By Eugenia O'Neal
US$ 45.00
Buy eBook NowGift eBook
The publisher has enabled DRM protection, which means that you need to use the BookFusion iOS, Android or Web app to read this eBook. This eBook cannot be used outside of the BookFusion platform.
DescriptionTable of ContentsReviews
Book Description

In Obeah, Race and Racism, Eugenia O'Neal vividly discusses the tradition of African magic and witchcraft, traces its voyage across the Atlantic and its subsequent evolution on the plantations of the New World, and provides a detailed map of how English writers, poets and dramatists interpreted it for English audiences. The triangular trade in guns and baubles, enslaved Africans and gold, sugar and cotton was mirrored by a similar intellectual trade borne in the reports, accounts and stories that fed the perceptions and prejudices of everyone involved in the slave trade and no subject was more fascinating and disconcerting to Europeans than the religious beliefs of the people they had enslaved. Indeed, African magic made its own triangular voyage; starting from Africa, Obeah crossed the Atlantic to the Caribbean, then journeyed back across the ocean, in the form of traveller's narratives and plantation reports, to Great Britain where it was incorporated into the plots of scores of books and stories which went on to shape and form the world view of explorers and colonial officials in Britain's far-flung empire. O'Neal examines what British writers knew or thought they knew about Obeah and discusses how their perceptions of black people were shaped by their perceptions of Obeah. Translated or interpreted by racist writers as a devil-worshipping religion, Obeah came to symbolize the brutality, savagery and superstition in which blacks were thought to be immured by their very race. For many writers, black belief in Obeah proved black inferiority and justified both slavery and white colonial domination. The English reading public became generally convinced that Obeah was evil and that blacks were, at worst, devil worshippers or, at best, extremely stupid and credulous. And because books and stories on Obeah continued to promulgate either of the two prevailing perspectives, and sometimes both together until at least the 1950s, theories of black inferiority continue to hold sway in Great Britain today.