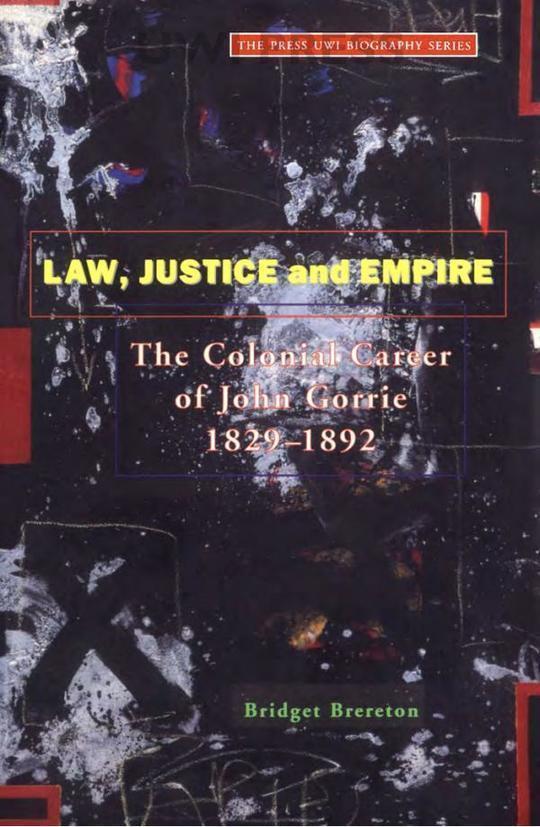 Law Justice And Empire: The Colonial Career Of John Gorrie 1829-1892

By Brereton, Bridget
US$ 9.99
Buy eBook NowGift eBook
The publisher has enabled DRM protection, which means that you need to use the BookFusion iOS, Android or Web app to read this eBook. This eBook cannot be used outside of the BookFusion platform.
DescriptionTable of ContentsReviews
Book Description

Brereton's Law, Justice, and Empire: The Colonial Career of John Gorrie 1829-1892 is an absorbing book on two accounts --it is a well-crafted biography of an unusual character, and a welcome contribution to the history of colonial law and administration in the second half of the nineteenth century. Judge John Gorrie devoted his life to the service of the British empire and to the ideal that English law must treat all men fairly, whatever their race, religion, class, or creed. He presided over
cases (and engaged in other politics) in Mauritius, Fiji, the Leeward Island, and Trinidad and Tobago. His biography therefore provides an intriguing tale of colonial places and colonial rule in diverse and remote regions in the empire. As she tells Gorrie' s life history, Brereton provides an erudite appraisal of the possibilities and limitations of imperial governance, taking us inside the British Colonial Office, local colonial courts, and the judge's chambers. For Caribbean scholars, the book offers a rich account of the pragmatics of legal practice in the West Indies in an era about which little is known of either local law or distinguished jurists. Students of British colonial history more generally will find in the biography an opportunity to investigate how differently the colonies and colonial subjects fared in different locales in the same period.

Gorrie was born in Scotland in 1829. The son of a dissident Presbyterian minister and a strong-willed woman, Gorrie studied first in Edinburgh, then won admission to the Scottish Bar in 1856. Residence in Edinburgh and then in London shaped the ideas that he would take with him to his assignments in the colonies. Brereton describes him as a "maverick colonial official," whose judicial style was "combative, interventionist and 'political,' always on the look out for abuses to
denounce and correct" (pp. xii, xvi). Gorrie held radical social and political ideas for his times. He was committed to the anti-slavery movement, free trade, the abolition of compulsory taxes to support the state church, international peace, and opportunities and protection for working people. His world view was shaped by his education, the company he chose in England, and his experiences as a journalist for the radical English newspaper, Morning Star. In 1866, Gorrie went to Jamaica
as a legal advisor for the Jamaica Committee, a group organized to investigate conditions in Jamaica following the 1865 Morant Bay Affair.
Gorrie's descriptions and insights into the causes and consequences of Morant Bay were widely circulated in his journal articles and helped shape public opinion against Governor Eyre. The Jamaican experience also gave him first-hand knowledge of the conditions of colonialism for those who lived under its yoke. Justice in Jamaica, discovered lawyer Gorrie, was dispensed by planter-magistrates who bent law to control their labor force. 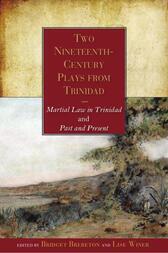 $25.00
Two Nineteenth-Century Plays from Trinidad: Martial Law in Trinidad and Past and Present
By Bridget Brereton, Lise Winer