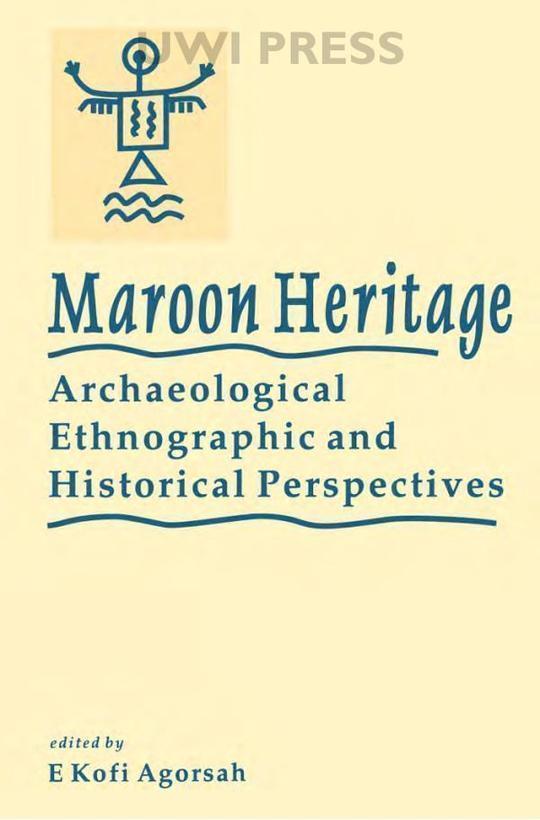 By Agorsah, Emmanuel Kofi
US$ 9.99
Buy eBook NowGift eBook
The publisher has enabled DRM protection, which means that you need to use the BookFusion iOS, Android or Web app to read this eBook. This eBook cannot be used outside of the BookFusion platform.
DescriptionTable of ContentsReviews
Book Description

As a collection of conference papers (presented at the University of West Indies, Mona, October 18-19, 1991), Maroon Heritage is intended to reinforce a dialogue that is at once intercultural and interdisciplinary. Two Jamaican Maroon Chiefs, Colonel Harris from Moore Town and former Colonel Wright from Accompong, participated with contributions on various aspects of the history and culture of their respective communities. This dialogue between scholars and their subjects of study fulfilled a declared aim of the symposium, underlined by its organizer and the editor of the volume, E. Kofi Agorsah: "I pay special tribute to our Maroon Chiefs whose contributions make this volume the only one of its kind in Maroon heritage studies, for here we are with the researched and the researcher engaged in a dialogue with a common goal" (p. xviii).

For those who could not attend the conference, however, much of the dialogue seems to have been lost on the way from the spoken to the written (published) word. With such an intention as that paraphrased above, one could expect at least a summary of key and/or critical issues in the discussions during the conference; that is missing in this volume. Furthermore, most of the individual contributions to the volume fall short of including such scientific exchange in their conclusions. It therefore rests largely on readers to use their imagination to reconstruct possible discourses or dialogues. Not an easy task, since the participants of the conference come from such different walks of life and academic disciplines - from archaeology, ethnomusicology, ethnography, literature, literary criticism, language studies, journalism, and history to the roles of the Maroon chief and Jamaican police officer involved in archaeological enterprises. As a result, the modes of expression, styles of writing, and theoretical and methodological approaches applied in the volume are extremely varied. So are the topics,which deal with most of the Maroon societies in the Americas even though the Jamaican Maroons provide the main focus.