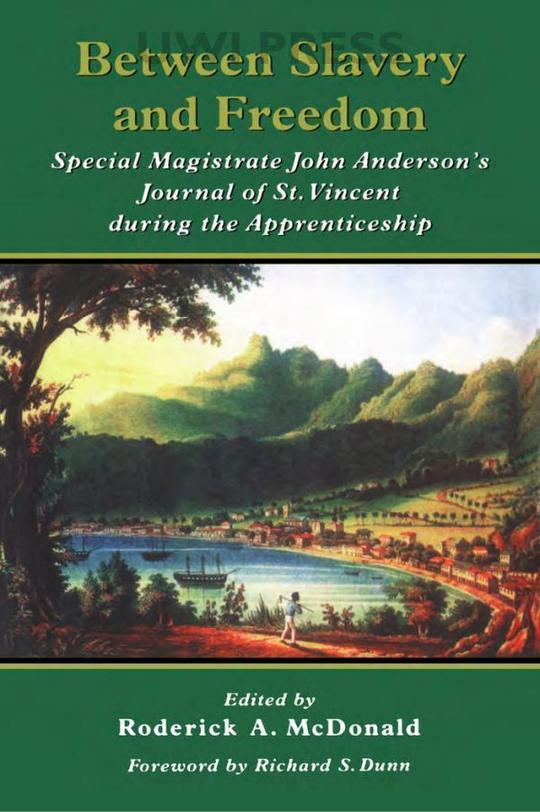 Between Slavery and Freedom: Special Magistrate John Anderson's Journal of St Vincent During the Apprenticeship

By McDonald, Roderick A.
US$ 9.99
Buy eBook NowGift eBook
The publisher has enabled DRM protection, which means that you need to use the BookFusion iOS, Android or Web app to read this eBook. This eBook cannot be used outside of the BookFusion platform.
DescriptionTable of ContentsReviewsComments
Book Description

On August 1, 1834, more than 20,000 African slaves were emancipated in the British Caribbean. As in other areas of the British Empire, however, only slave children under six years of age were freed immediately. The rest were apprenticed to their former owners for a stipulated term of four to six years. It was during this time that more than one hundred men were appointed as special magistrates to oversee and arbitrate between the ex-slaves and their former owners. Among them was John Anderson, a Scottish lawyer, who arrived on the island of St. Vincent in 1836. An uninhibited racist, he ironically became a central player in Caribbean emancipation. For the next two and a half years Anderson compiled a journal describing in extraordinary detail the relationship between the remaining enslaved population, free blacks, and their former owners. His journal documents the lives of different castes of slaves, and also those of whites who lived on the island. While he found all residents -- white and black -- of St. Vincent uncultured, his writings shed light on the island's institutions, the activities of the free colored population, and the character of the towns and rural life.