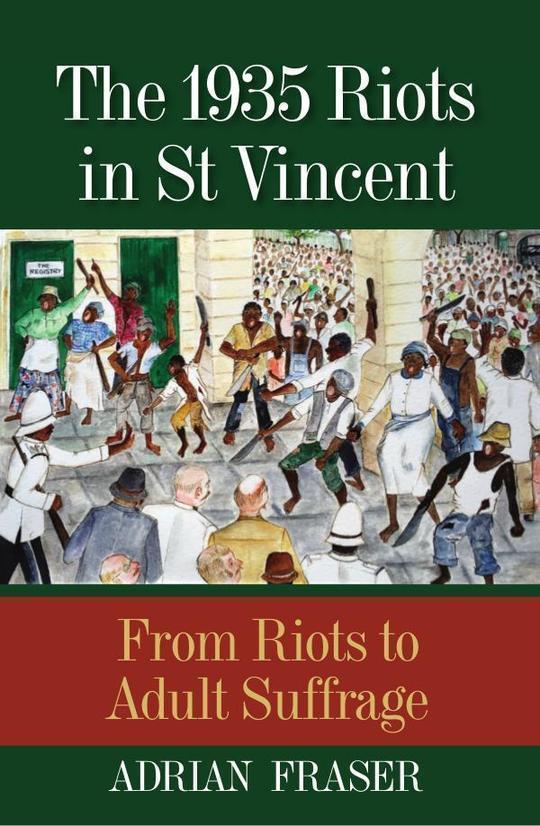 By Adrian Fraser
US$ 19.99
Buy eBook NowGift eBook
The publisher has enabled DRM protection, which means that you need to use the BookFusion iOS, Android or Web app to read this eBook. This eBook cannot be used outside of the BookFusion platform.
DescriptionTable of ContentsReviews
Book Description

St Vincent was among the earliest of the British Caribbean colonies to have experienced labour disturbances in the 1930s. While disturbances in the other Caribbean colonies were largely associated with the plantations and with strikes, in St Vincent the riots broke out on the grounds of the court house during a meeting of the Legislative Council on the upper floor. The 1935 Riots in St Vincent: From Riots to Adult Suffrage is the first comprehensive treatment of those disturbances. Fraser’s analysis is to a large extent informed by the use of newspapers and of oral history.

In St Vincent, the plantations no longer had total dominance of the colony’s export economy. Instead, peasants, farmers and agricultural labourers were major players in an export economy that had shifted from sugar production to Sea Island cotton and arrowroot, crops that were suited to the lands to which they had access. Of added significance to the events following the riots was the fact that political leaders unearthed by the riots failed to maintain popular support with the advent of adult suffrage in 1951.

Interpretations of British West Indian colonial history have to a large extent been informed by the experiences of the larger colonies. An understanding of the St Vincent riots will make a valuable contribution to the literature of the rebellions of the 1930s and to twentieth-century political history.