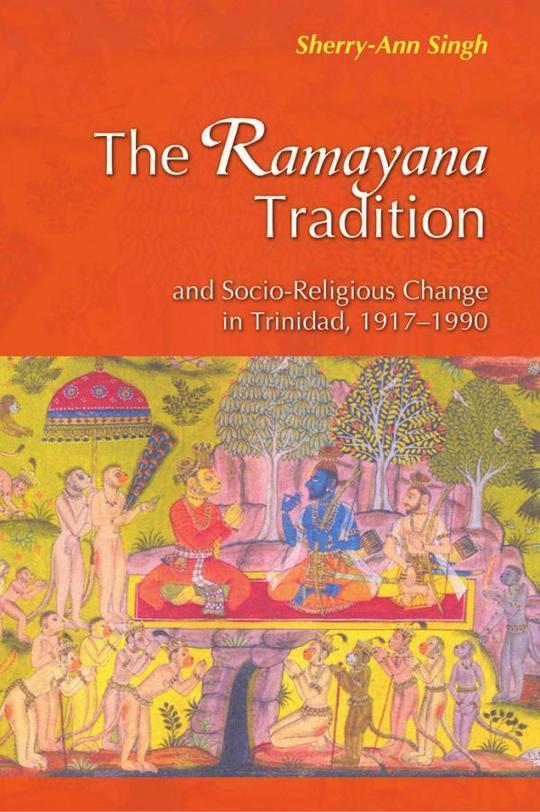 The Ramayana Tradition and Socio-Religious Change in Trinidad, 1917-1990

By Sherry-Ann Singh
US$ 9.99
Buy eBook NowGift eBook
The publisher has enabled DRM protection, which means that you need to use the BookFusion iOS, Android or Web app to read this eBook. This eBook cannot be used outside of the BookFusion platform.
DescriptionTable of ContentsReviews
Book Description

Hinduism is the second largest socio-religious denomination in Trinidad and Tobago, yet much of the fundamental dimensions of Trinidad Hinduism remain undocumented and a virtual enigma for most of the non-Hindu population. In The Ramayana Tradition and Socio-Religious Change in Trinidad, 1917−1990, Sherry-Ann Singh, demystifies Hindu thought and practice in Trinidad and charts the evolution of a significant section of the Indian diaspora.

Using the Ramayana, one of the two great epics of India, and the most popular Hindu religious text in Trinidad, Singh deconstructs the major misconceptions surrounding Trinidad Hinduism. Rather than examining Hinduism in Trinidad as a secondary dimension of the Indian experience, Singh employs an insider’s view to unmask the socio-religious transformation of the Hindu community. The result is a pioneering exposition of the dimensions of the Ramayana tradition in Trinidad and a charting of the journey of the Hindu community from the bottom of the socio-economic ladder in 1917 at the end of Indian indentured immigration to one that was essentially integrated into the social, political and economic life of Trinidad by 1990.