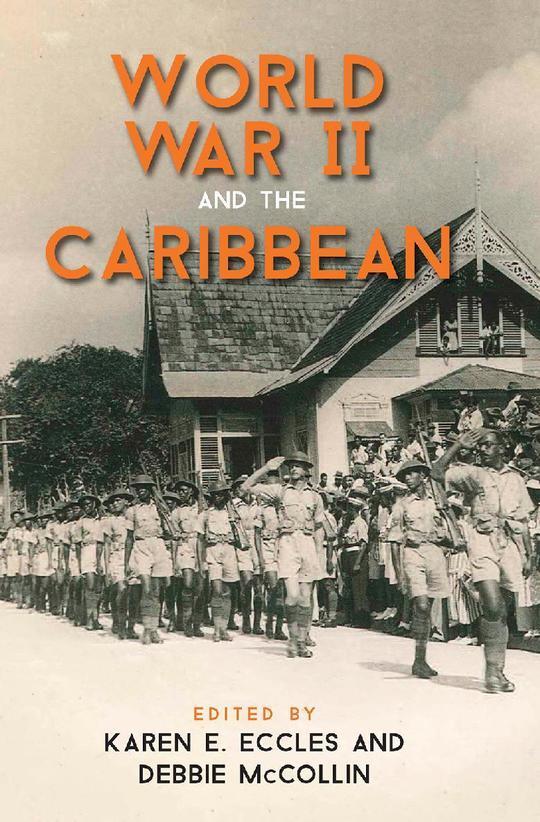 World War II and the Caribbean

By Karen E. Eccles, Debbie McCollin
US$ 29.99
Buy eBook NowGift eBook
The publisher has enabled DRM protection, which means that you need to use the BookFusion iOS, Android or Web app to read this eBook. This eBook cannot be used outside of the BookFusion platform.
DescriptionTable of ContentsReviews
Book Description

World War II and the Caribbean focuses on one of the most exciting periods in the history of the region as the Caribbean territories faced incredible upheaval and opportunity during the war years. Local operations, cultural mores and the region’s international image were forever changed by its pivotal role in the war effort.

The chapters in this volume respond to the need for information and analysis on the wide-ranging impact of the war on territories in the region (English, French, Spanish and Dutch). The contributors cover topics such as the economic consequences of wartime activity (the food crisis and the decline of the agricultural sector), while highlighting the opportunities that arose for industry and enterprise in the Caribbean; the accommodations made by the European imperial nations and their attempts to tighten control over their Caribbean territories during the war; the intervention of the Americans in the region; the social impact of the war (the migration of German-speaking refugees and other groups) and the effects on Caribbean societies of this contact; and the impact of the war on public health and the broad spectrum experiences of women (as volunteers, nurses and sex-workers).

This well-researched volume will be of great interest to students and scholars of military and conflict history, twentieth-century Caribbean history, and the general reader.

Karen E. Eccles is Faculty Liaison Librarian for the Faculty of Humanities and Education, Alma Jordan Library, the University of the West Indies, St Augustine, Trinidad and Tobago.

Debbie McCollin is Lecturer, Department of History, the University of the West Indies, St Augustine, Trinidad and Tobago. Her publications include the edited volume In the Fires of Hope: Essays on the Modern History of Trinidad and Tobago, 1962–2012.