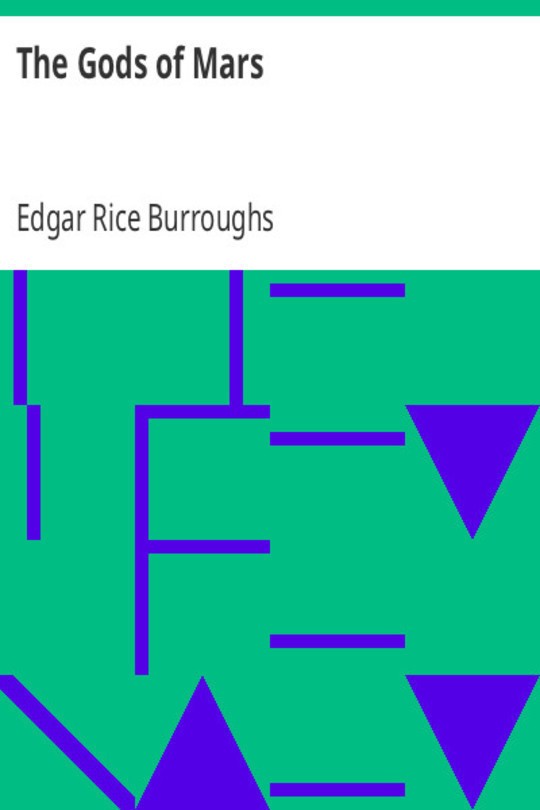 There was no fight. In the first place there was no room to fight. We were simply submerged by numbers. Then as swords menaced me a command from Xodar stayed the hands of his fellows. "Secure them," he said, "but do not injure them." Several of the pirates already had released Xodar. He now personally attended to my disarming and saw that I was properly bound. At least he thought that the binding was secure. It would have been had I been a Martian, but I had to smile at the puny strands that confined my wrists. When the time came I could snap them as they had been cotton string. ~~~ Edgar Rice Burroughs created one of the most iconic figures in American pop culture, Tarzan of the Apes, and it is impossible to overstate his influence on entire genres of popular literature in the decades after his enormously winning pulp novels stormed the public's imagination. The Gods of Mars, first published in 1918, is the second book in Burroughs' Mars series. Here, Earthman John Carter returns to Mars after ten years' exile, where-through a series of extraordinary adventures and battles with the dangerous creatures of the Red Planet-he discovers the secret of Mars' mythological land of Eden. American novelist EDGAR RICE BURROUGHS (1875-1950) wrote dozens of adventure, crime, and science fiction novels that are still beloved today, including Tarzan of the Apes (1912), At the Earth's Core (1914), A Princess of Mars (1917), The Land That Time Forgot (1924), and Pirates of Venus (1934). He is reputed to have been reading a comic book when he died.