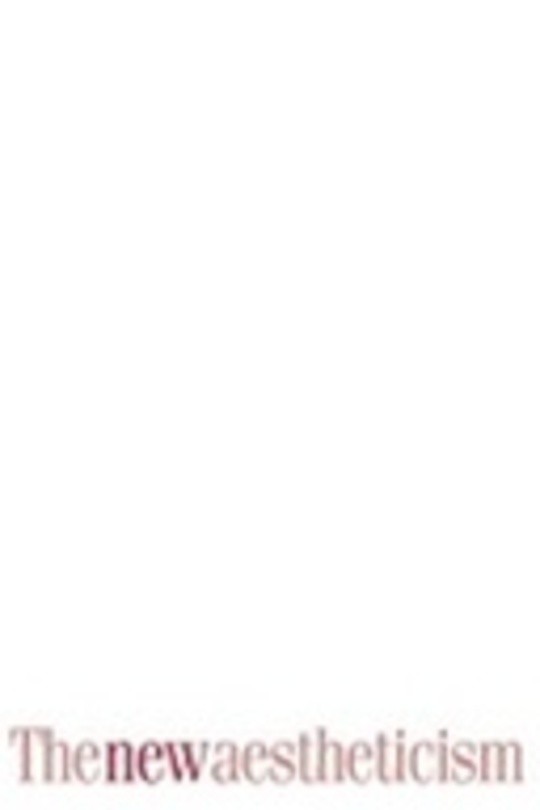 The rise of literary theory spawned the rise of anti-aestheticism, so that even for cultural theorists, discussions concerning aesthetics were often carried out in a critical shorthand that failed to engage with the particularity of the work of art, much less the specificities of aesthetic experience. This book introduces the notion of a new aestheticism - 'new' insofar as it identifies a turn taken by a number of important contemporary thinkers towards the idea that focussing on the specifically aesthetic impact of a work of art or literature has the potential to open radically different ways of thinking about identity, politics and culture. The appearance of a new aestheticism at a moment that is often termed 'post-theoretical' is a direct index of the extent to which, as 'theory' now enters a more reflective phase, there is an increased willingness among critics and philosophers to consider the ways in which literary and cultural theory often overlooked key aspects of its reliance on philosophical aesthetics. With its impressive array of contributors, The new aestheticism will be of particular interest to students and scholars of literature, philosophy and cultural studies.