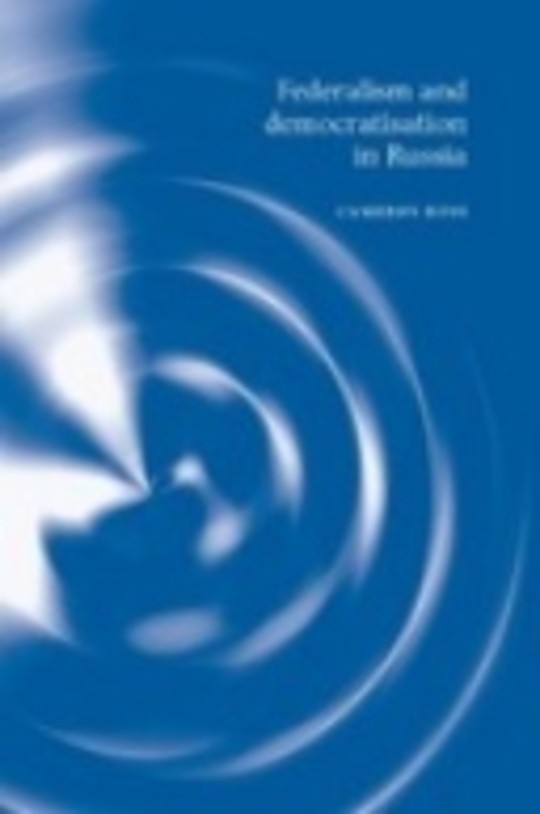 Federalism and Democratisation in Russia

The collapse of communism in the Soviet Union and Eastern Europe has encouraged political scientists to re-examine the comparative literature on democratisation. A vast literature has now been produced comparing transitions from authoritarianism and democratisation in different parts of the world. However, there are two major omissions in the transition literature. First, the focus of research has primarily been on national level politics, and second, the relationship between federalism and democracy has largely been overlooked. This study seeks to redress this imbalance by moving the focus of research from the national level to the vitally important processes of institution building and democratisation at the local level and to the study of federalism and democratisation in Russia. Federal states are much more difficult to set up than unitary ones, and forging a new federal system at the same time as privatising the economy and trying to radically overhaul the political system has clearly made Russia's transition triply difficult. This book builds on Cameron Ross' earlier work, 'Regional Politics in Russia', by combining theoretical perspectives with empirical work to provide a comparative analysis of the electoral systems, party systems and governmental systems in the ethnic republics and regions and to assess the impact of theses different institutional arrangements on democratisation and federalism. Overall, this study argues that Russia's weak and asymmetrical form of federalism has played a major role in thwarting the consolidation of democracy. Federalism and democratisation in Russia exist in contradiction rather than harmony. In a vicious circle authoritarianism at the centre has been nourished by authoritarianism in the regions and vice versa. 'Elective dictatorships' and 'delegative democracies' are now well entrenched in many republics and authoritarian regimes are firmly established in a majority of the regions. This book will be vital reading for advanced undergraduate and graduate students of Russian politics and democratisation.