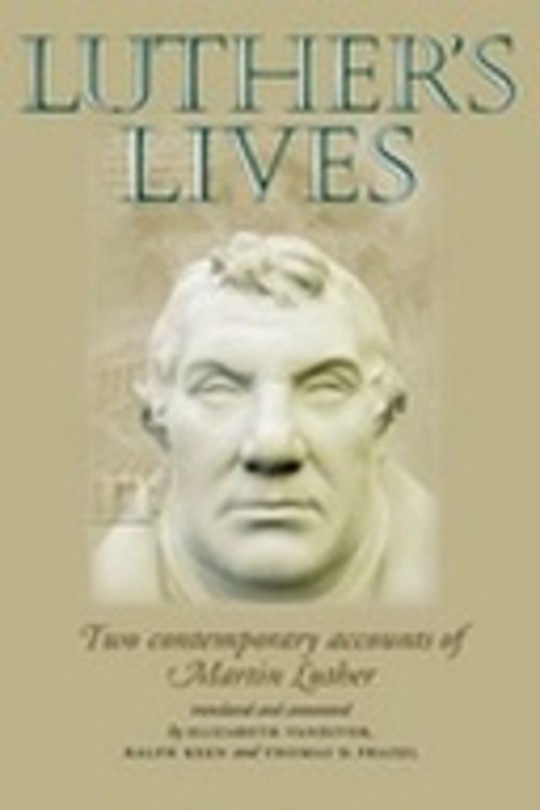 This volume brings together two important contemporary accounts of the life of Martin Luther in a confrontation that had been postponed for more than 450 years. The first of these accounts was written after Luther's death, when it was rumoured that demons had seized the reformer on his deathbed and dragged him off to Hell. In response to these rumours, Luther's friend and colleague, Philip Melanchthon, wrote and published a brief encomium of the reformer in 1548. A completely new translation of this text appears in this book. It was in response to Melanchthon's work that Johannes Cochlaeus completed and published his own monumental life of Luther in 1549, which is translated and made available in English for the first time in this volume. After witnessing Luther's declaration before Charles V at the Diet of Worms, Cochlaeus sought out Luther and debated with him. However, the confrontation left him convinced that Luther was an impious and malevolent man. Consequently, over the next twenty-five years, Cochlaeus fought vigorously against the influence of the Reformation. Such is the detail and importance of Cochlaeus' life of Luther that for an eyewitness account of the Reformation - and the beginnings of the Catholic Counter-Reformation - there is simply no other historical document to compare. Published in collaboration with The Sohmer-Hall Foundation, this book also supplies introductory texts to the lives of both Cochlaeus and Melanchthon, plus comprehensive annotation for readers who wish to make a broader study of the period. These translations will be essential reading for students and academics of the Reformation and all early modern historians interested in this fascinating period of religious history.