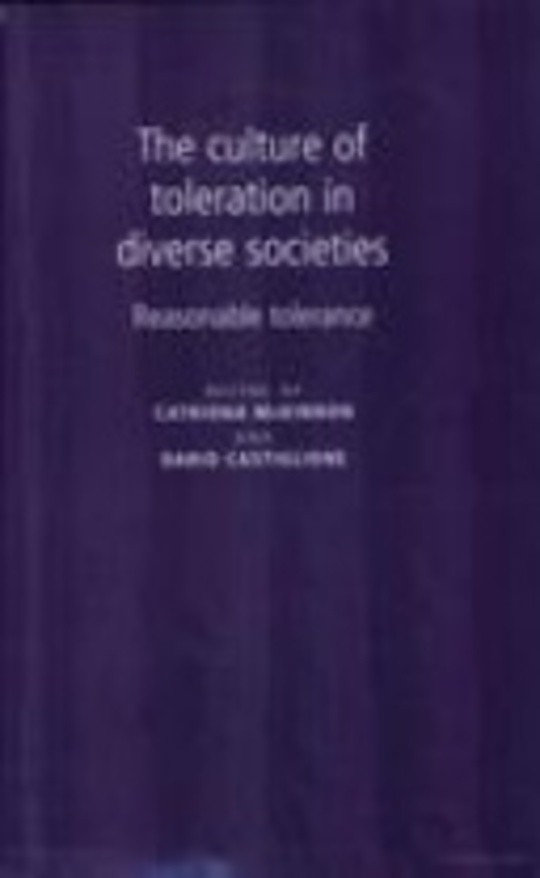 The Culture of Toleration in Diverse Societies

The idea of toleration as the appropriate response to difference has been central to liberal thought since Locke. Although the subject has been widely and variously explored, there has been reluctance to acknowledge the new meaning that current debates on toleration have when compared with those at its origins in the early modern period and with subsequent discussions about pluralism and freedom of expression. This collection starts from a clear recognition of the new terms of the debate. It recognises that a new academic consensus is slowly emerging on a view of tolerance that is reasonable in two senses. Firstly of reflecting the capacity of seeing the other's viewpoint, secondly on the relatively limited extent to which toleration can be granted. It reflects the cross-thematic and cross-disciplinary nature of such discussions, dissecting a number of debates such as liberalism and communitarianism, public and private, multiculturalism and the politics of identity, and a number of disciplines: moral, legal and political philosophy, historical and educational studies, anthropology, sociology and psychology. A group of distinguished authors explore the complexities emerging from the new debate. They scrutinise, with analytical sophistication, the philosophical foundation, the normative content and the broadly political implications of a new culture of toleration for diverse societies. Specific issues considered include the toleration of religious discrimination in employment, city life and community, social ethos, publicity, justice and reason and ethics. The book is unique in resolutely looking forward to the theoretical and practical challenges posed by commitment to a conception of toleration demanding empathy and understanding in an ever-diversifying world.