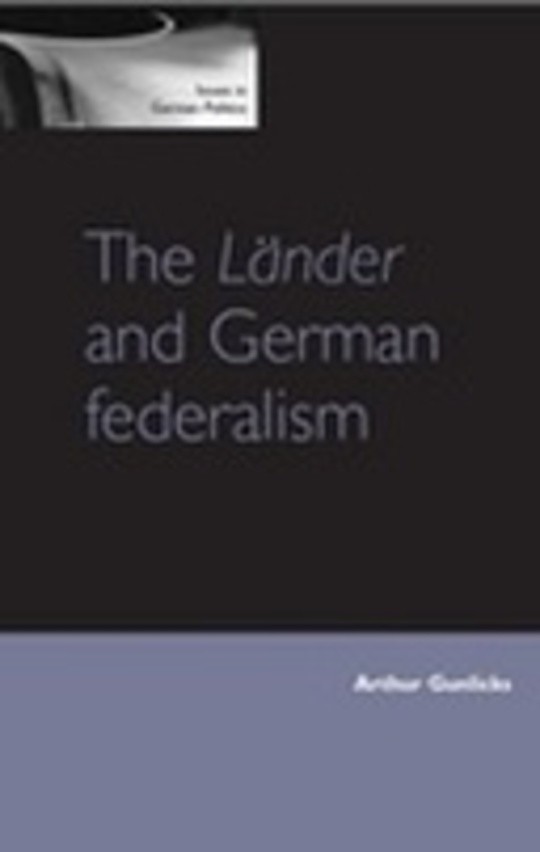 The Länder and German federalism

This book provides a detailed introduction to how the Länder (the sixteen states of Germany) function not only within the country itself but also within the wider context of European political affairs. Some knowledge of the role of the Länder is essential to an understanding of the political system as well as of German federalism. This book traces the origin of the Länder. It looks at their place in the constitutional order of the country and the political and administrative system. Their organization and administration are fully covered, as is their financing. Parties and elections in the Länder and the controversial roles of parliaments and deputies are also examined. Because of their role in the Bundesrat, the second legislative chamber, the Länder are clearly an important part of the national legislative process. They participate in policy-making with regard to the European Union, and have limited influence on Germany's foreign affairs outside of Europe. This is the first English language book that considers the Länder in this depth.