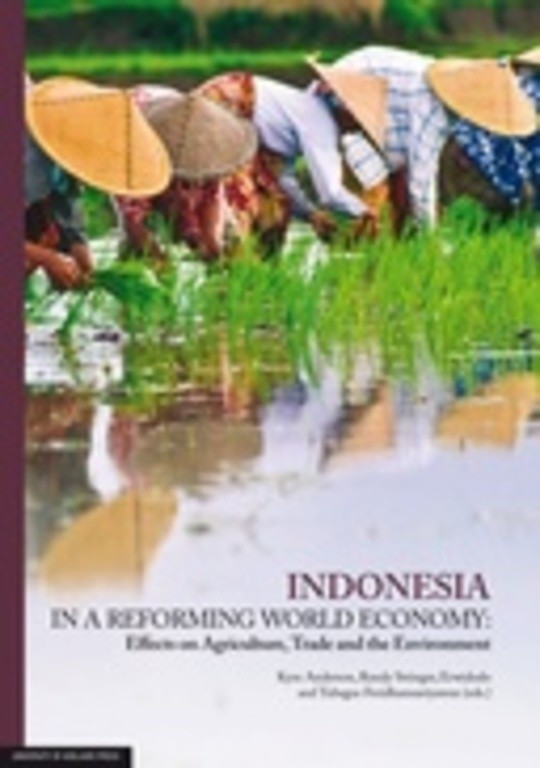 Indonesia in a Reforming World Economy: Effects on Agriculture, Trade and the Environment

In the mid-1990s a joint research project was established between CASER (Bogor), CIES (Adelaide), CSIS ( Jakarta) and RSPAS (at ANU, Canberra) to examine interactions between agriculture, trade and the environment in Indonesia.Funded by the Australian Centre for International Agricultural Research (ACIAR Project No. 9449), the specific objective of the project was to assess the production, consumption, trade, income distributional, regional, environmental, and welfare eff ects in Indonesia of structural and policy changes at home and abroad. Particular attention was to be paid to those structural and policy changes that could aff ect Indonesia’s agricultural sector over the next 5-10 years.The implications of national and global economic growth, of regional and multilateral trade liberalisation initiatives, and of Indonesia’s ongoing unilateral policy reforms were the initial focus of the study. However, with the onslaught of the financial crisis that began in the latter part of 1997, the project leaders added that issue to the research agenda.