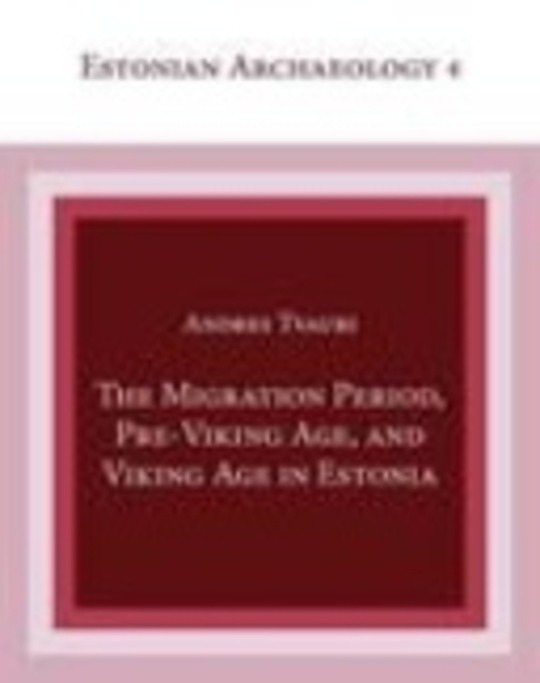 The Migration Period, Pre-Viking Age, and Viking Age in Estonia

This book analyses the society, economy, settlement, and culture of the territory of present-day Estonia in the period of ca AD 450–1050. This period is known in the Estonian archaeological chronology as the Migration Period, the Pre-Viking Age, and the Viking Age. This was an era of rapid change, by the end of which traditional Estonian peasant culture as it is known until the 19th century had developed. Whereas in Western Europe written sources from the second half of the first millennium AD herald the arrival of the Middle Ages, there is an almost complete absence of written information about the prevailing conditions and events that took place in the area of present-day Estonia. There are only remains of the farms and fortresses of that time beneath the earth, as well as cemeteries, overgrown field baulks and clearance cairns, and the large amount of excavated ancient objects or fragments thereof. Many aspects of prehistoric life cannot be researched because the source material is not extant and there is no hope of finding it. Moreover, many phenomena of human life do not generate archaeological source material. Thus our overall understanding of the Estonian Middle Iron Age and the Viking Age is inevitably fragmentary and superficial.