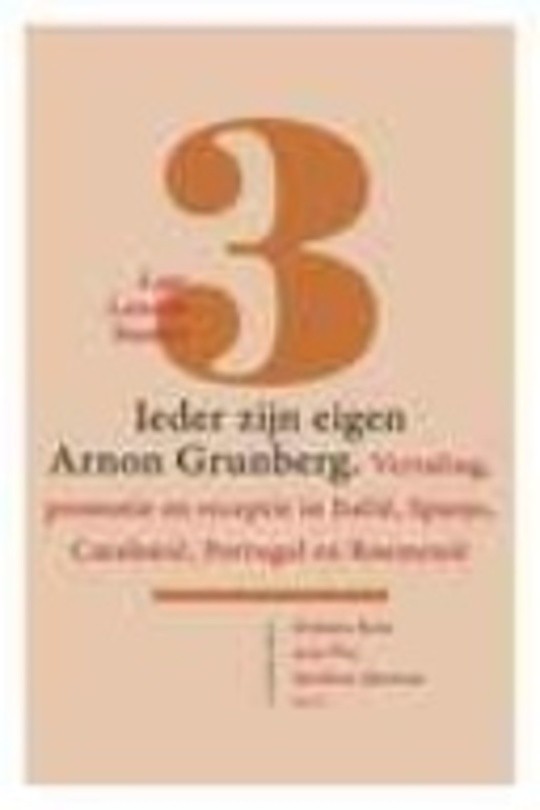 This third volume of Lage Landen Studies offers a glimpse of recent international and internationalizing trends in Dutch Studies. It presents a comparative view of the virtually synchronic dynamics of the translation, promotion and reception of contemporary Dutch author Arnon Grunberg in five Romance languages between 1996 and 2009.This interdisciplinary approach, which focuses on the crossroads of language, literature and culture, as well as on aspects of the sociologies of literature and translation, is combined with views from translation studies, comparative literature, and bibliology in order to build bridges between theory and practice.The first part is devoted to the seldom-heard perspective of the translator and dissects the circumstances in which works by Arnon Grunberg – and by his heteronym Marek van der Jagt – are translated, promoted and received in five Romance languages. The function and ‘visual translation’ of book covers are also analyzed. Notwithstanding the relative homogeneity of the languages, their cultural background and geographical location, remarkable differences come to light. The first part rounds off by looking at the promotional possibilities of writer’s tours and translation workshops in the target countries.