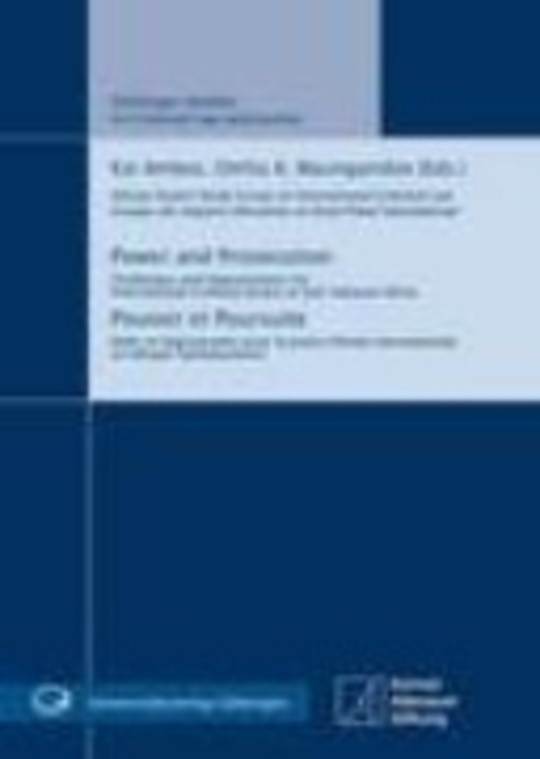 This book contains some of the papers that were presented at the first meeting of the newly formed African Expert Study Group on International Criminal Law/ Groupe des Experts Africaines en Droit Pénal International held in September 2011 in Brussels, Belgium. The group was established under the auspices of the Multinational Development Policy Dialogue (hereinafter ‘MDPD’) and the Rule of Law programme of the German Konrad-Adenauer-Stiftung (‘KAS’) in 2010 modeled on the successful sister group in Latin America. This latter group was originally founded as an expert group to monitor the implementation of the Rome Statute of the International Criminal Court (‘ICC’) in Latin America within the framework of cooperation between KAS’ regional Rule of Law Programme and the Department for Foreign and International Law of the Institute for Criminal Law and Criminal Justice of the Georg-August-Universität Göttingen in 2002. The newly formed African group consists of judicial experts with both academic and practical background from various parts of Sub-Saharan Africa. The importance of such a group for the African continent cannot be overestimated. Africa plays a vital role in international criminal law and justice, both as an active player at the ICC and at the regional and national level. As for the group’s composition and outreach, the aim is to broaden regional representation and further consolidate membership. In 2012, the group will meet in Nairobi, Kenya to deal with topics surrounding the ‘Potential for the domestic prosecution of international crimes in Africa.’ Topics for future meetings abound given the multi-faceted African legal and political practice regarding international criminal justice in general and the ICC in particular. The group should in particular monitor the recent international or transnational criminal justice developments at the regional African level as well as relevant national developments. (Excerpt from the introduction by Kai Ambos)