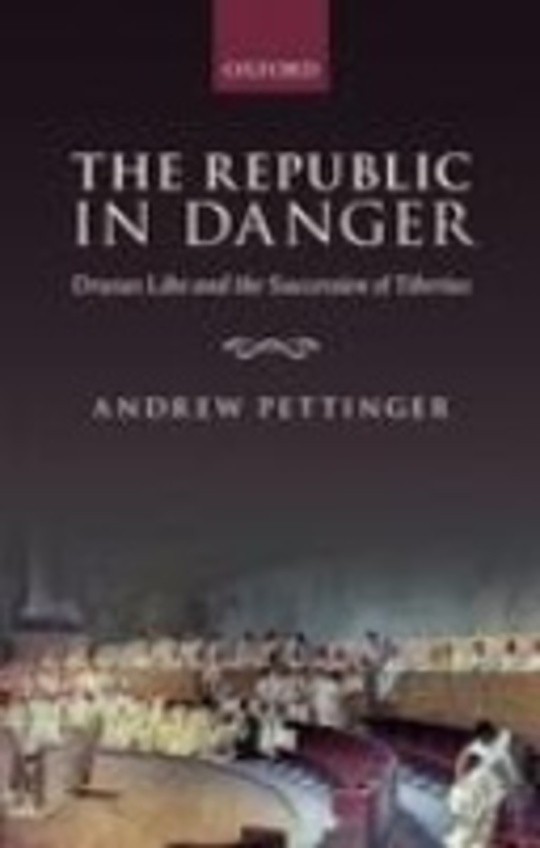 The Republic in Danger

M. Scribonius Drusus Libo has always been considered an inexplicable victim of predatory prosecutors, destroyed in the changed conditions of Tiberius’ succession to the founder of the Principate. This is wrong. Drusus Libo conspired with a group of Tiberius’ opponents to challenge Tiberius’ right. The senate’s investigation of Drusus Libo will be examined in Chapter One and Chapter Two. It will be shown that Drusus Libo was treated in a way reminiscent of Catiline’s associate P. Lentulus Sura in 63 bc. Drusus Libo’s collaborators are then identified as a group of persons who supported first Gaius Caesar, then L. Aemilius Paullus and finally Agrippa Postumus. It is argued that the relationship of this group to Tiberius was beyond repair long before he succeeded Augustus. Tiberius’ succession to the supreme power in ad 14 signalled, therefore, a decisive defeat for this group. The succession is thus reconsidered from a new point of view: it was by no means sewn up. Drusus Libo is central to our understanding of Tiberius’ behaviour at this time. This is what the book examines in detail. A new historical model for the years 6 bc to ad 16 is offered, which has repercussions for the study of both the preceding and subsequent periods. The book is therefore a contribution to the study of the invention of the Principate at Rome.