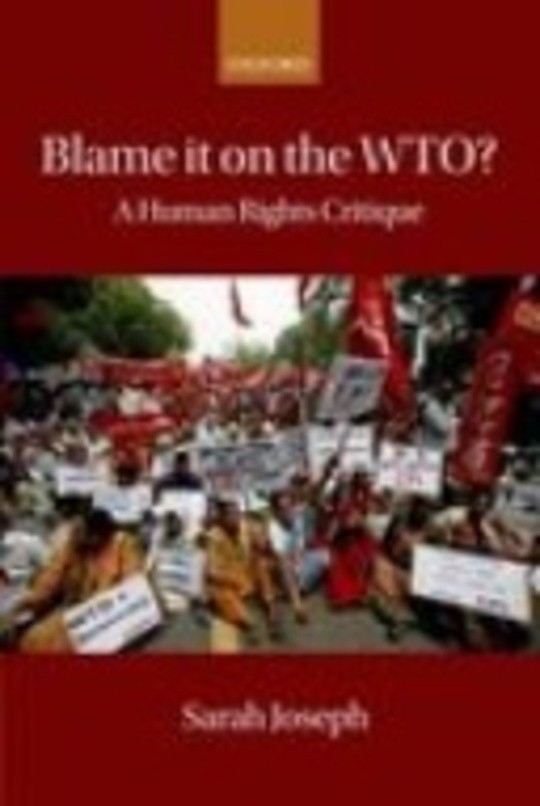 Blame it on the WTO?: A Human Rights Critique

The World Trade Organization (WTO) is often accused of, at best, not paying enough attention to human rights or, at worst, facilitating and perpetuating human rights abuses. This book weighs these criticisms and examines their validity, incorporating legal arguments as well as some economic and political science perspectives. After introducing the respective WTO and human rights regimes, and discussing their legal and normative relationship to each other, the book presents a detailed analysis of the main human rights concerns relating to the WTO. These include the alleged democratic deficit within the Organization and the impact of WTO rules on the right to health, labour rights, the right to food, and on questions of poverty and development. Given that some of the most important issues within the WTO concern its impact on poor people within developing States, the book asks whether rich States have an obligation to the people of poorer States to construct a fairer trading system that better facilitates the alleviation of poverty and development. Against this background, the book examines the current Doha round proposals as well as suggestions for reform of the WTO to make it more ‘human rights-friendly’.