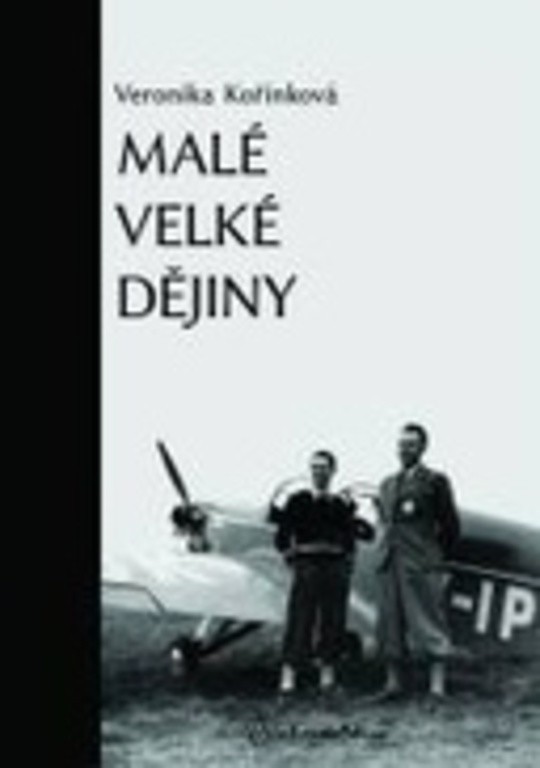 Many lives were influenced by the political developments which took place in Czechoslovakia during the twentieth century. Yet with the exception of those “who make history” – people who have left deep traces in the collective memory of the nation – or those select eyewitnesses who have had the opportunity to testify to the “great” people and events in Czech history, the ordinary destinies of individual participants remain overshadowed. Such a selective approach, which is the product of historians’ reliance on the line of official (political) history, can give the false impression of a unified, and thus relatively unproblematic, form of the period under study. In an attempt to counteract this bias, the present publication focuses on reconstructing an alternative image of the period. Using a participants’ experience – the story of an “ordinary twentieth century man” – it focuses on the biography of a native of Prague, aircraft engineer and exile Vincenc Hodek Jr., whose personal and family history between the years 1904–1977 serve as a frame of the presented research. On a theoretical level, the text addresses issues typical of works dealing with history from below; namely the blending, influencing and encountering of the micro and macro perspectives. Thus, even though the present book purposefully prioritizes the personal history of Vincenc Hodek, the starting point for the (re)construction of the period are the events that showed to be of great relevance to the subsequent destinies of the participants. The importance of the context provided by “great” political history, which set the background for the Hodek family’s life, is not downplayed. By taking into account both perspectives and connecting them it is not only possible to trace the individual image of the twentieth century Czechoslovak, as reflected by personal moments of marriage or birth, but also to delineate the individuals’ role in the contemporaneous political-social atmosphere, as can be detected, for example, in Vincenc Hodek’s active participation in the resistance movement against the Nazi occupational power. This publication confirms that the micro perspective, continuously ignored by Czech scholars who have refused to acknowledge the tangible historical matter enfolded within personal accounts, is indeed necessary, alongside macro history, in constructing a comprehensive account of a period. Nevertheless, the book also tackles the problematic aspects of using egodocuments as a relevant historical source. Often criticised for their subjectivity and distortion, ego-documents have regularly been deemed inappropriate for general research. The present book, however, proves that in spite of their theoretical and practical disadvantages, personal histories present an all-encompassing source and, when seeking to present the micro historical perspective, an indispensable source of information that does not devalue the research but, on the contrary, renders a completely new perspective for those chapters of Czech history that have long been considered closed down from the point of view of official sources. The present publication, while not aspiring to relate how the period was perceived by the entire society of the period, represents one of the possible ways of (re)telling twentieth century Czech history. Other than exhibiting the micro historical variability of the period under study, this book also aims to accentuate the possibilities presented by some of the modern theoretical and methodological approaches that, in spite of numerous foreign inspirations, remain rather undervalued within the frame of Czech historical studies.