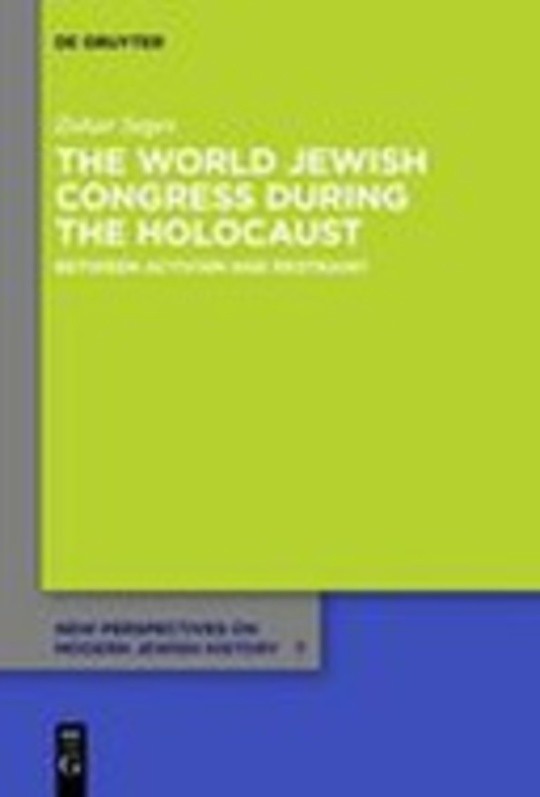 The World Jewish Congress During the Holocaust - Between Activism and Restraint

Drawing on hitherto neglected archival materials, Zohar Segev sheds new light on the policy of the World Jewish Congress (WJC) during the Holocaust. Contrary to popular belief, he can show that there was an impressive system of previously unknown rescue efforts. Even more so, there is evidence for an alternative pattern for modern Jewish existence in the thinking and policy of the World Jewish Congress. WJC leaders supported the establishment of a Jewish state in Palestine but did not see it as an end in itself. They strove to establish a Jewish state and to rehabilitate Diaspora Jewish life, two goals they saw as mutually complementary. The efforts of the WJC are put into the context of the serious difficulties facing the American Jewish community and its representative institutions during and after the war, as they tried to act as an ethnic minority within American society. This title was made Open Access by libraries from around the world through Knowledge Unlatched.