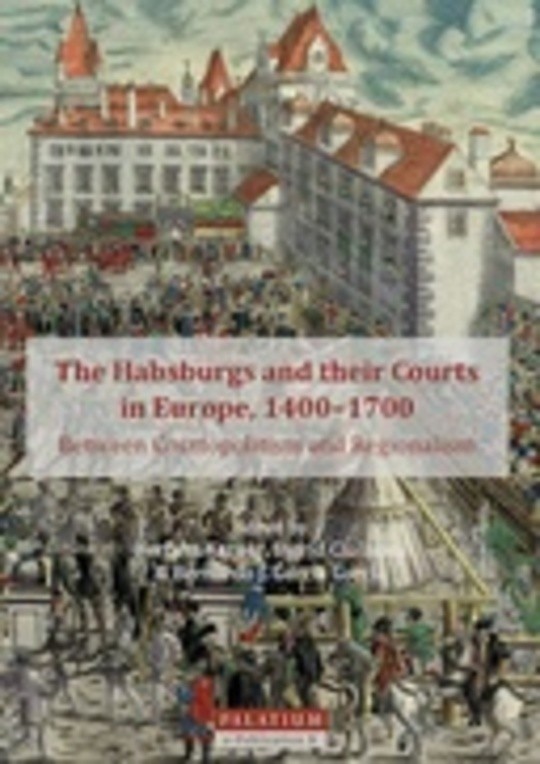 The Habsburgs and their Courts in Europe, 1400–1700 - Between Cosmopolitism and Regionalism

This volume examines the architecture and culture at the various courts of one of Europe’s most important royal dynasties, the Habsburgs. It looks for a specific Habsburg idiom in the sphere of princely representation at the courts in Madrid, Brussels, Vienna, Prague, Bratislava and Budapest, and contrasts the supranational features of this dynastic identity to its regional incarnations.

The nucleus of princely representation was the court residence. Hence the Habsburgs’ official apartments are studied in relation to their court ceremony, to see if a unifying model was adopted in the different palaces in Brussels, Madrid and Central Europe. The supranational dynastic identity developed by the Habsburgs is then compared with local forms of identity, as articulated by the nobility in Bohemia, Hungary and Poland. This shows how the palaces and their decoration also expressed loyalty to the traditions of the homeland, so-called Landespatriotismus.

Other essays discuss how the specific religious practices of the Habsburgs, known as Pietas Austriaca, affected the art, culture and architecture of the different courts, and particularly the structure and function of their sacred spaces. The final section examines manifestations of the Habsburgs’ self-representation as ‘defenders of the Faith’ against the Muslims in Spain and Central Europe, as well as other ‘Turkish’ echoes in palatial art in Spain and Austria.

The seventeen papers collected in this volume were first presented at the PALATIUM conference The Habsburgs and their Courts in Europe held in Vienna in December 2011.