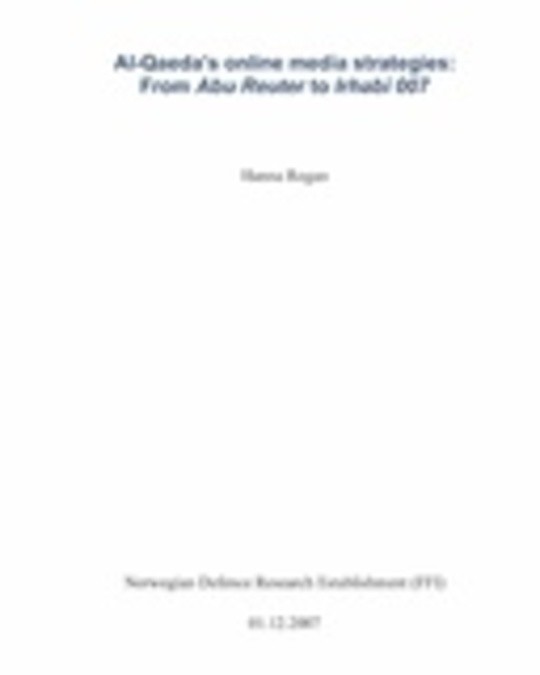 This study examines the online media campaign of the global jihadist movement. It seeks to determine whether al-Qaeda has developed a strategy for its media operations, and to what extent the jihadist media operators adhere to such a strategy. Drawing on primary sources from jihadist websites, the study identifies a number of recommendations about the use of media offered by jihadist strategists. The study goes on to examine the jihadist media companies and the material they produce and distribute online.

Analyzing online jihadist media material – including text, audio and video – the study seeks to identify primarily the modus operandi of the media campaign, target audiences, and strategic goals of communication. The study finds that the Internet, which allows the jihadists to exercise ownership and control over mass media outlets, has a wider functionality than mainstream media. Moreover, the significance of the jihadist online media campaign lies, to a large extent, in the media groups’ ability to act as authorities by setting the agenda among supporters and framing the jihad. While the campaign so far seems to have targeted mostly supporters of the global jihadist movement, a current trend points to increasing efforts to reach new groups, and specifically the West.

This study offers a comparison between the jihadist strategic recommendations and the actual jihadist use of the Internet as a media channel, and finds a certain degree of coherence between the two. Yet, as both recommendations and media activity are multi-faceted, the study concludes that there in fact exist a number of strategies, leading to a host of jihadist online media campaigns cohabitating the web. Although the study shows that the jihadists use also other media channels than the Internet, the online jihadist media campaign is in fact growing and frequently opening new fronts, thus pointing to a jihadist perception of the Internet as a purposeful vehicle for strategic communication.