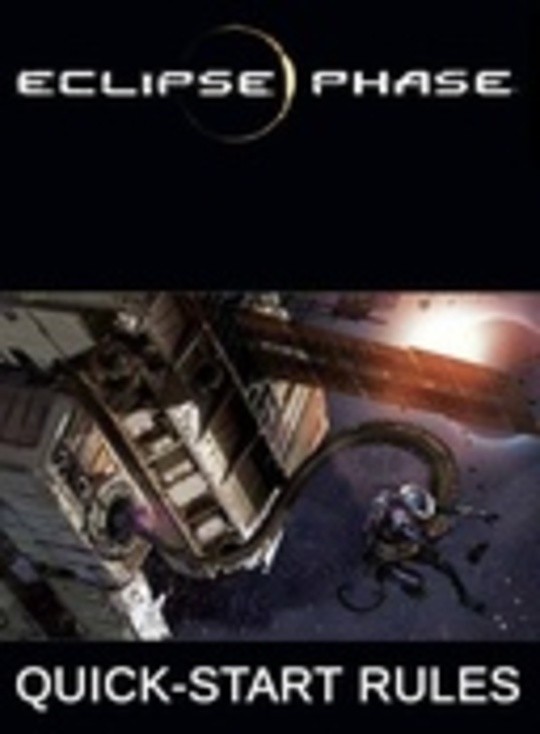 A Playable Introduction to the Full Roleplaying Game

• Eclipse Phase uses a d100/percentile system. It’s fast, simple and streamlined so players can immerse themselves in the setting without being burdened by complex rules.

• A unique set of mesh rules enables all characters to take advantage of information resources and ubiquitous networking and sensor technology via mental implants.

• Join Firewall, a cross-faction conspiracy that seeks to save transhumanity—at any cost. Alternately, play a character with their own agenda.

• Switch your body at need, from genetically-modified transhumans to synthetic robotic shells, optimizing your form for specific missions.

• Back up your character’s mind and be restored from backup in case of death—a built-in system of “save points” and near-immortality.

• The setting is our solar system in the post-Singularity future. Challenge your players with deadly political intrigues on Venus & Mars, high-tech dungeon crawls aboard derelict space stations, mind-scarring encounters with alien enigmas, and dangerous exploration of worlds beyond our system via wormhole gates.

• Build stories with an eclectic assortment of intriguing factions, from techno-anarchists to ruthless hypercorps, soul-trading criminals to uplifted animals.

• Choose from a range of NPC antagonists, including rogue AIs and their mechanical servitors, vicious posthuman factions, alien merchants with an unknown agenda, and transhumans infected and transformed by the mysterious Exsurgent virus.

Softcover avilable at DriveThruRPG; many resources at EclipsePhase.com 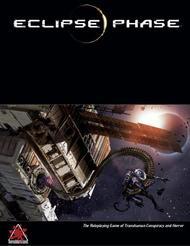