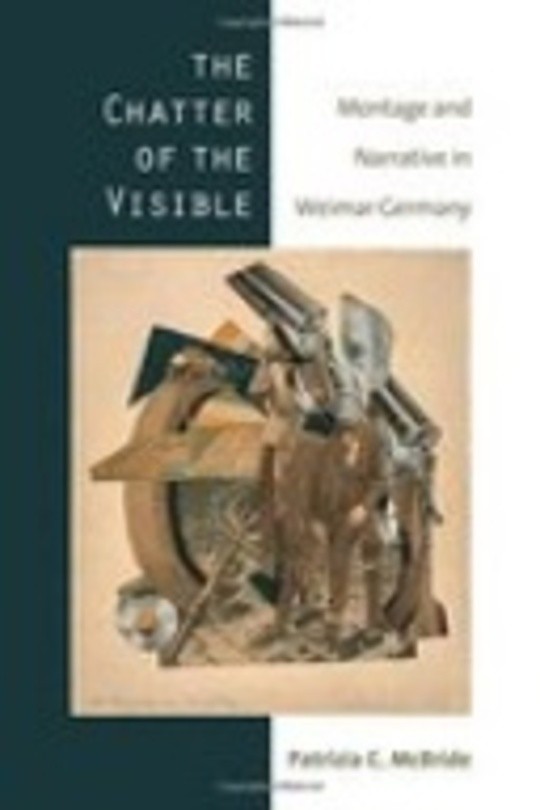 The Chatter of the Visible

Patrizia McBride’s study, 'The Chatter of the Visible,' examines the paradoxical narrative features of the photo montage aesthetics of artists associated with Dada, Constructivism, and the New Objectivity. While montage strategies have commonly been associated with the purposeful interruption of and challenge to narrative consistency and continuity, McBride offers an historicized re-appraisal of 1920s and 1930s German photo montage work to show that its peculiar mimicry was less a rejection of narrative and more an extension or permutation of it; a means for thinking in narrative textures exceeding constraints imposed by “flat” print media (especially the novel and other literary genres). According to McBride, “a close engagement with montage procedures going back to Cubism” reveals explicit inquiry into the status of objects as complex signifying entities whose “material qualities are inextricably bound up with linguistic dynamics.” She focuses on allegory as the appropriate tool for reading Weimar-era photo montage, focusing on the ways allegorical work in montage compositions foregrounds the moment of incorporation by purposefully exposing the pasted-in nature of the inserted materials. This moment of construction, argues McBride, produces a “chattering of forms that propels the distinctive experimentation of Weimar-era montage [and its experimental focus] on the ways in which perception interacts with physical forms in shaping the contours of the material world.” McBride’s contribution to the conversation around Weimar-era montage is in her situation of the form of the work as a discursive practice in its own right, which affords humans a new way to negotiate temporality; as a particular mode of thinking that productively relates the particular to the universal; or as a culturally specific form of cognition.