By Paulette Ramsay
US$ 9.99
Buy eBook NowGift eBook
The publisher has enabled DRM protection, which means that you need to use the BookFusion iOS, Android or Web app to read this eBook. This eBook cannot be used outside of the BookFusion platform.
DescriptionTable of ContentsReviewsComments
Book Description

There have been many great and enduring works of literature by Caribbean authors over the last century. The Caribbean Contemporary Classics collection celebrates these deep and vibrant stories, overflowing with life and acute observations about society.

Written as a series of letters from the child Sunshine to her absent mother, Aunt Jen traces the changing attitudes of a child entering adulthood as she tries to understand the truth behind her mother's departure, and make sense of her relationship with her family. Aunt Jen migrated to England as part of the Windrush generation, and Sunshine's letters, written in the early 1970s, reveal something of the emotional as well as the physical gulf between those who left and those who remained behind. A companion novel to Letters Home, Aunt Jen is a painfully one-sided correspondence, revealing the complex inheritance we pass on to our children.

Suitable for readers aged 14 and above.

$8.99
Nevile and the Lost Bridge
By Debbie Jacob

$9.99
A Brighter Sun
By Samuel Selvon

$9.99
Green Days by the River
By Michael Anthony 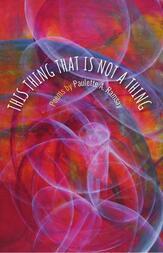