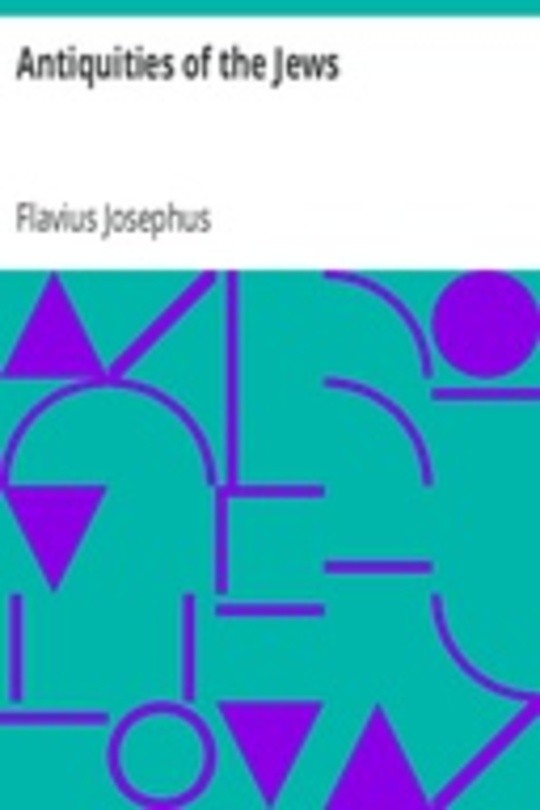 Antiquities of the Jews

Antiquities of the Jews (Greek: Ἰουδαϊκὴ ἀρχαιολογία, Ioudaikē archaiologia; Latin: Antiquitates Judaicae), also Judean Antiquities (see Ioudaios), is a 20-volume historiographical work composed by the Jewish historian Flavius Josephus in the 13th year of the reign of Roman emperor Flavius Domitian which was around AD 93 or 94. Antiquities of the Jews contains an account of history of the Jewish people, written in Greek for Josephus' gentile patrons. In the first ten volumes, Josephus follows the events of the historical books of the Hebrew Bible beginning with the creation of Adam and Eve. The second ten volumes continue the history of the Jewish people beyond the biblical text and up to the Jewish War.
This work, along with Josephus's other major work, The Jewish War (De Bello Iudaico), provides valuable background material to historians wishing to understand 1st-century AD Judaism and the early Christian period.
From Wikipedia (CC BY-SA). 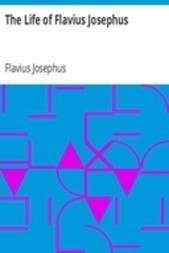 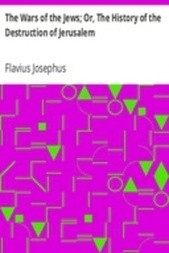 Free
The Wars of the Jews; Or, The History of the Destruction of Jerusalem
By Flavius Josephus 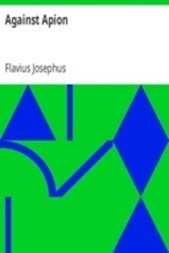 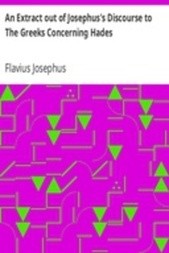 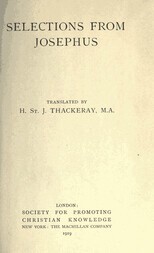 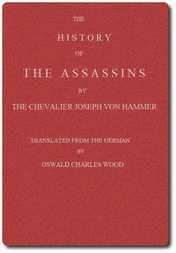 Free
The History of the Assassins Derived from Oriental Sources
By Freiherr von Hammer-Purgstall, Flavius Josephus
Also Available On