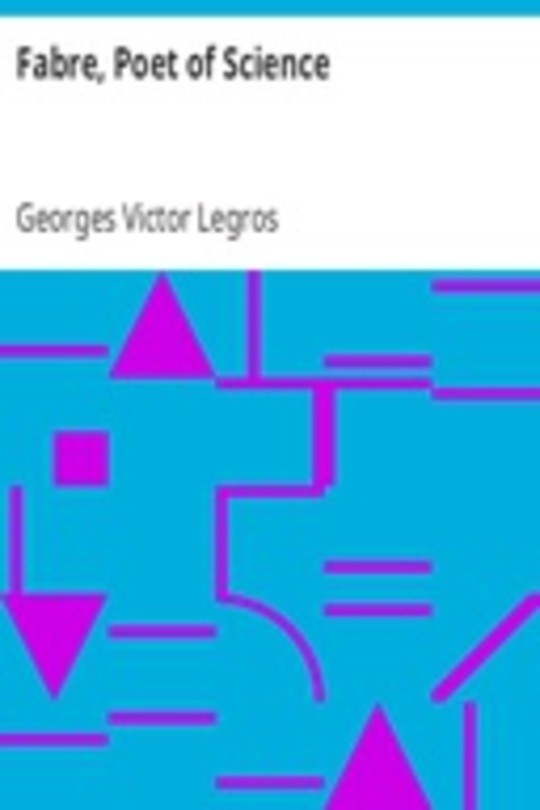 HERE I offer to the public the life of Jean-Henri Fabre; at once an admiring commentary upon his work and an act of pious homage, such as ought to be offered, while he lives, to the great naturalist who is evento-day so little known. Hitherto it was not easy to speak of Henri Fabre with exactitude. An enemy to all advertisement, he has so discreetly held himself withdrawn that one might almost say that he has encouraged, by his silence, many doubtful or unfounded rumours, which in course of time would become even more incorrect. For example, although quite recently his material situation was presented in the gloomiest of lights, while it had really for some time ceased to be precarious, it is nome the less true that during his whole life he has had to labour prodigiously in order to earn a little money to feed and rear his family, to the great detriment of his scientific inquiries; and we cannot but regret that he was not freed from all material cares at least twenty years earlier than was the case.