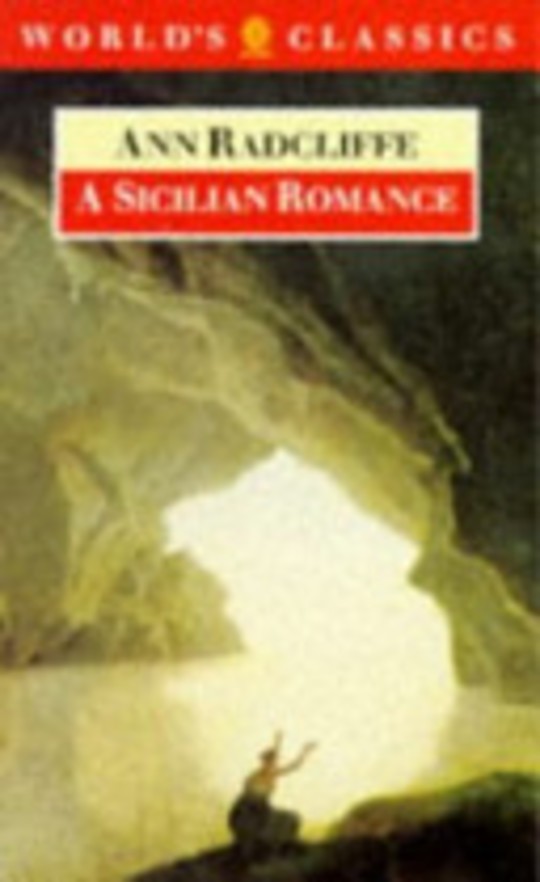 A Gothic novel by Ann Radcliffe, "A Sicilian Romance" was published anonymously in 1790.The plot revolves around the turbulent history of the fallen aristocrats of the house of Mazzini who lived in a castle on the northern shore of Sicily. The tale is told by a tourist who becomes intrigued by stories he hears from a monk he runs into while exploring the ruins of the old castle.The story itself is set in the late 1500s with the main characters being Julia and her sister Emilia, who are daughters of the Fifth Marquis of Mazzini, a haughty, cruel man. The girls mother had been a charming beauty of a woman that died quite suddenly.The girls are left in the care of their mother's friend and spend their entire childhood on the father's estate with no company except an occasional visit from their father. The girls grow to be talented, beautiful young women. When one of the servants dies, the father returns to the castle and decides to throw a lavish party. There Julia meets and falls in love with a young count and they decide to attempt to escape and elope.The rest of the tale revolves around the good and evil characters with clever twists and turns.This was the second book by Ann Radcliffe who was the most popular writer of her day and was almost universally known. (Timeless Classic Books) 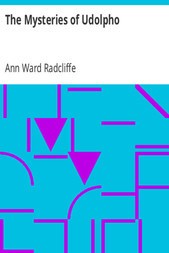 Free
The Mysteries of Udolpho
By Ann Ward Radcliffe 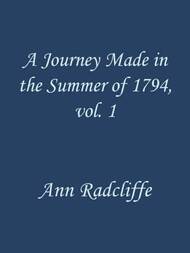 Free
A Journey Made in the Summer of 1794, through Holland and the Western Frontier of Germany, with a Return Down the Rhine / To Which Are Added Observations during a Tour to the Lakes of Lancashire, Westmoreland, and Cumberland
By Ann Ward Radcliffe