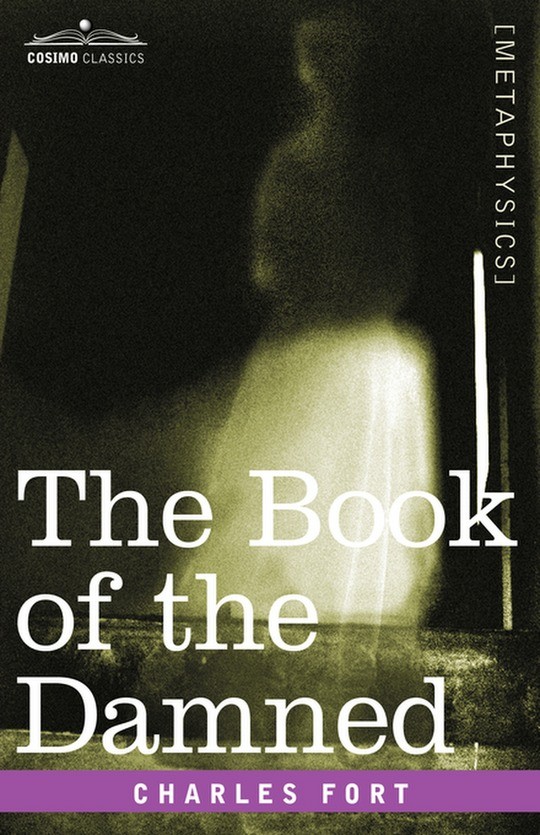 The Book of the Damned

"'The Book of the Damned' has inspired scientists, science fiction writers, movie makers, and devotees for almost a hundred years. The damned data Charles Fort gathered covered so many marvels, mysteries, and monsters--including unidentified aerial objects, frog falls, ship disappearances, red rains, earthquake lights, lake monsters, animal mutilations, psychic explosions, and much, much more. "I discovered the works of Charles Fort in 1959 and jumped into the pursuit of the unknown in the decades that followed. All the while, Fort's humor and skepticism have served me well. "Charles Fort, who died in 1932, would have nothing to do with the subculture of followers that grew up around his work. He even refused to join the original Fortean Society of the 1920s, which included some of the most distinguished intellectuals of the time, including Ben Hecht, Buckminster Fuller, and Oliver Wendell Holmes, with a guiding role taken by founder Tiffany Thayer. Being a Fortean is not a religious affiliation, just an appreciation of the oneness of it all. "All journeys are personal, and the one you are about to take with the charm, wit, and insights of Charlie Fort is, I'm sure you will discover, like riding the tail of a comet, as one reviewer said when this tome first appeared. Buckle up for your excursion into the universe of the inexplicable."