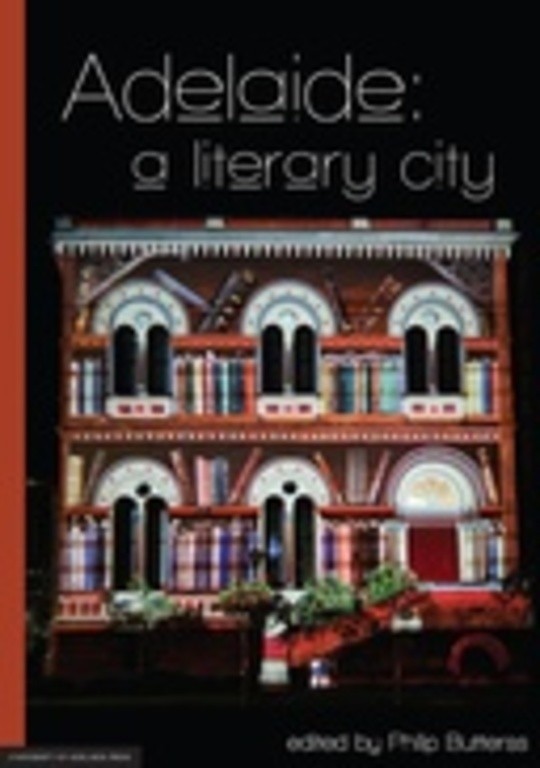 From the tentative beginnings of European settlement to today’s flourishing writing scene, Adelaide has always been a literary city. Novelists, poets and playwrights have lived here; readers have pored over books, sharing them and discussing them; literary celebrities have visited and sometimes stayed; writers have encouraged each other and fought with each other. Adelaide is literary, too, in the sense of having been written about—sometimes with love, sometimes with scorn. Literature has been important not only to the city’s cultural life but to its identity, to the way it has been seen and, most importantly, to the way it has seen itself.Today, literary Adelaide is thriving. The ‘printers, schoolmasters and schoolmistresses, booksellers, authors, publishers, and even reviewers’ that Wakefield imagined more than 180 years ago have been augmented by other infrastructure such as the South Australian Writers’ Centre, the University of Adelaide’s creative writing program, by ArtsSA, by an online literary culture that connects the city to the rest of the world, and by countless reading groups and public readings. Adelaide is home to a vast array of interesting writers, such as Peter Goldsworthy, Sean Williams, Dylan Coleman, Vikki Wakefield, Jan Owen, Roseanne Hawke, Stephen Orr, Fiona McIntosh, Brian Castro, and many others. This flourishing literary life continues to be an important component of one of Adelaide’s most significant identities—as a city of creativity and culture. Adelaide: a literary city hopes to broaden and deepen our understanding of that long component of the city’s life.