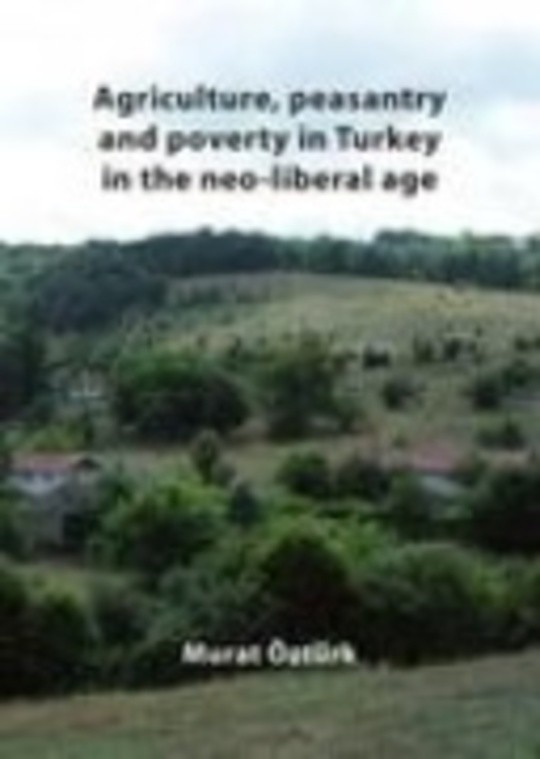 Agriculture, Peasantry and Poverty in Turkey in the Neo-liberal Age

This book investigates recent policies introduced into Turkey which are designed to reduce state activities and open up the country to international investment and trade. This is done in the context of the UNs Millennium Development Goals continuing to stretch into the distant future amid the ongoing instability of the global financial system and economic pressures on the West. The focus is on agriculture and the major effects of a deliberate restructuring of an agrarian economy as seen through the lens of the peasant, the village and poverty. This unique socioeconomic review of Turkey, which is generally thought to be a contemporary success story of the neo-liberal paradigm, argues for a new understanding of the destructive effects of global capitalism. Some issues addressed are the effects on Turkey's countryside as its agricultural sector has been catapulted onto the world market, how farming has changed and what this has meant for small-scale enterprises. Also discussed is how rural communities have fared, capital relations have been transformed in the process and the impact this has had on the nation's poor. Finally, the ways in which neo-liberalism has guided government's response to the new social needs is discussed along with how Turkey's experience parallels similar developments worldwide. This serves as a window to the reality of development at a time when the philosophy for growth underpinning development is facing an increasingly profound crisis of confidence worldwide.