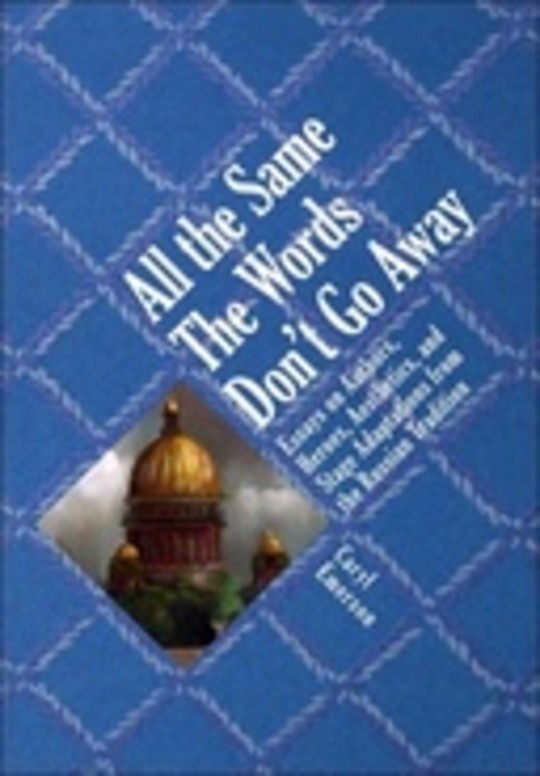 All the Same The Words Don't Go Away: Essays on Authors, Heroes, Aesthetics, and Stage Adaptations from the Russian Tradition

Twenty-five years of essays and reviews, linked loosely by three themes. First is the creative potential inherent in transposing classic literary texts into other genres of media (operatic, dramatic) and the responsibilities, if any, that govern the transposer, audience, and critic. The practice of transposition, however, gives rise to a creative conflict: is there a limit to the amount of ornamentation, pressure, or dilution to which the “mediated” word can be subject? Finally, the more polemical of the essays included here are structured on the Bakhtinian notion of co-existing “plausibilities” and points of view. What a carnival approach can uncover in Pushkin that might have surprised and even pleased the poet, what a libretto or play script brings out that the “true original” hides: here the work of the creator and the critic can overlap in thrilling ways that respect the competencies of each. The book includes an original preface written by David Bethea.