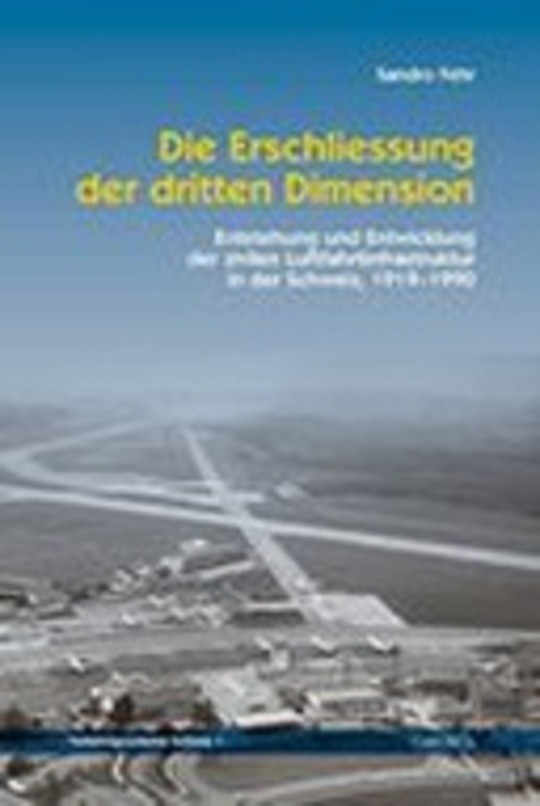 Developing the third dimension.The origins and evolution of civilian aviation infrastructure in Switzer-land, 1909-1990Why is Switzerland’s biggest airport today located at Zurich-Kloten? What role has airplane noise played in development of the Geneva-Cointrin and Basel-Mühlhausen airports? How were the first airways established in Switzerland and how long have air traf-fic controllers been used there? This is the first comprehensive portrayal of the history of airports, airfields and air traffic control in Switzerland, from their begin-nings and up through the end of the 20th century.Rather than focus on specific facilities separately, the author takes a Switzerland-wide perspective which he situates in a global con-text. Using extensive source material, he reconstructs the origins and development of Swiss aviation infrastructure and illuminates the impacts of regulatory frameworks and historical actors upon this development. He takes into account a broad spectrum of fac-tors, such as crucial international influences, the competition be-tween airports that has persisted since the interwar years, the role of the Swiss federal government, and issues concerning aircraft noise that emerged after the Second World War. In addition to to-day’s airports, this study also examines long-since discontinued facilities and important projects which were proposed but never completed, including the European central airport for interconti-nental seaplanes at Lake Constance, and the Swiss central airport at Bern-Utzenstorf and Lake Neuchâtel.