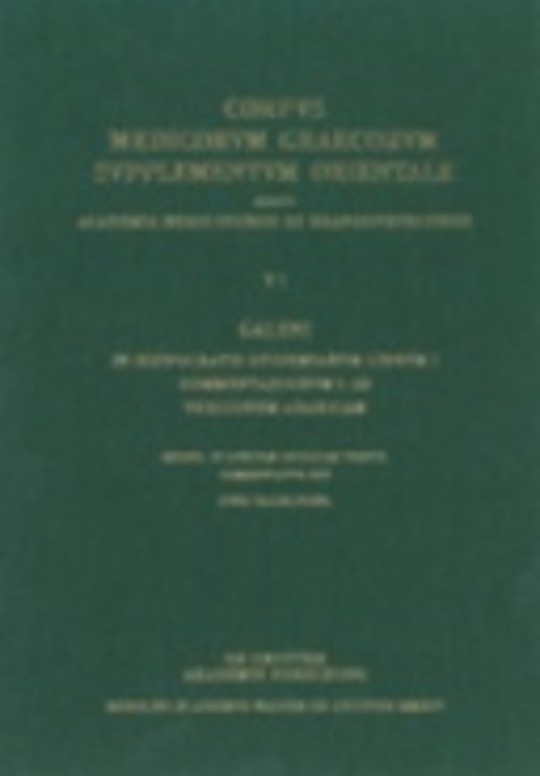 The present volume offers the first critical edition of Book 1 of the medieval Arabic translation of Galen's Commentary on the Hippocratic Epidemics, produced by the celebrated translator Hunayn ibn Ishāq (d. ca. 870). The edition is based on all extant Arabic textual witnesses, including the Arabic secondary transmission.The translation of Galen's commentary became a crucial source for the development of medicine in the Islamic world, especially in the nascent field of clinical medicine. It was frequently read and quoted in later Arabic medical literature, and several Arabic authors used it to produce a wide range of didactic writings for medical students and practising physicians.The English translation, which aims to convey some of the flavour of the Arabic translation, comes with extensive notes on the differences between the Greek original and the Arabic translation. A thorough comparison between the two versions of the commentary provides important insights into the translation style and technique of Hunayn ibn Ishāq and his circle and Arabic medical terminology at the time.