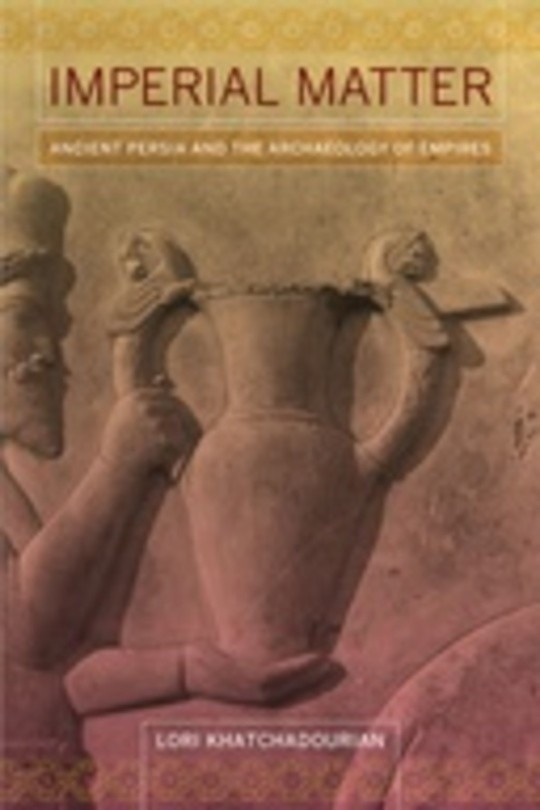 What is the role of the material world in shaping the tensions and paradoxes of imperial sovereignty? Scholars have long shone light on the complex processes of conquest, extraction, and colonialism under imperial rule. But imperialism has usually been cast as an exclusively human drama, one in which the world of matter does not play an active role. Lori Khatchadourian argues instead that things—from everyday objects to monumental buildings—profoundly shape social and political life under empire. Based on the archaeology of ancient Persia and the South Caucasus, Imperial Matter advances powerful new analytical approaches to the study of imperialism writ large and should be read by scholars of empire across the humanities and social sciences.

“This book makes an important contribution in two areas: the first concerns the nature of empire and imperial power; the second is through developing a novel framework for thinking about material culture and empire. This is a work of innovative theory and empirical depth, and there is nothing like it out there.” CHRIS GOSDEN, Professor of Archaeology, Oxford University

“Important, well-written, and elegantly crafted. Lori Khatchadourian’s ability to speak to a diverse audience of anthropologists, archaeologists, and specialists on the Achaemenid Empire demonstrates her impressive intellectual breadth and depth. This is a sophisticated and erudite work.” CARLA SINOPOLI, Professor of Anthropology and Director of the Museum Studies Program, University of Michigan

LORI KHATCHADOURIAN is Assistant Professor of Archaeology in the Department of Near Eastern Studies at Cornell University.