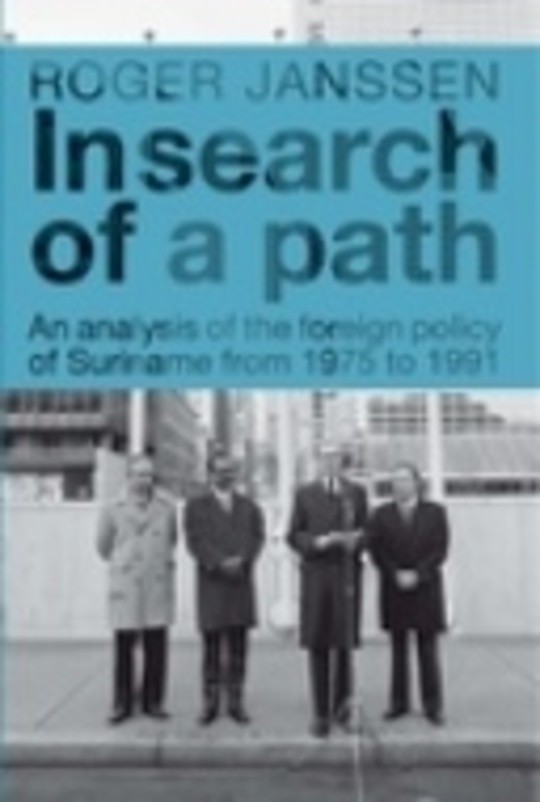 In search of a path; An analysis of the foreign policy of Suriname from 1975 to 1991

In search of a path An analysis of the foreign policy of Suriname from 1975 to 1991 Roger Janssen The foreign policy of small states is an often neglected topic, which is particularly the case when it comes to Suriname. How did the young Republic deal with its dependency on the Netherlands for development aid after 1975? Was Paramaribo following a certain foreign policy strategy or did it merely react towards internal and external events? What were the decision making processes in defining the foreign policy course and who was involved in these processes? And why was a proposal discussed to hand back the right of an independent foreign and defence policy to a Dutch Commonwealth government in the early 1990s? These questions are examined here in depth, in the first comprehensive analysis of Suriname’s foreign policy from 1975 to 1991. The book provides readers interested in Caribbean and Latin American affairs with a detailed account of Suriname’s external relations. Moreover, the young Republic may stand as a case study, as it confronted the difficulties and challenges that small developing states often face. Roger Janssen (1967), born in the Dutch-German border region of Cleve, migrated to Australia in 1989. He received his education as a historian at the University of Western Australia where he obtained a Ph.D. in 1999. During his graduate and post-graduate studies, the main focus of his research was directed towards the social-economic and political developments of the Dutch Caribbean after the Second World War. Currently he lives and works in the Netherlands.