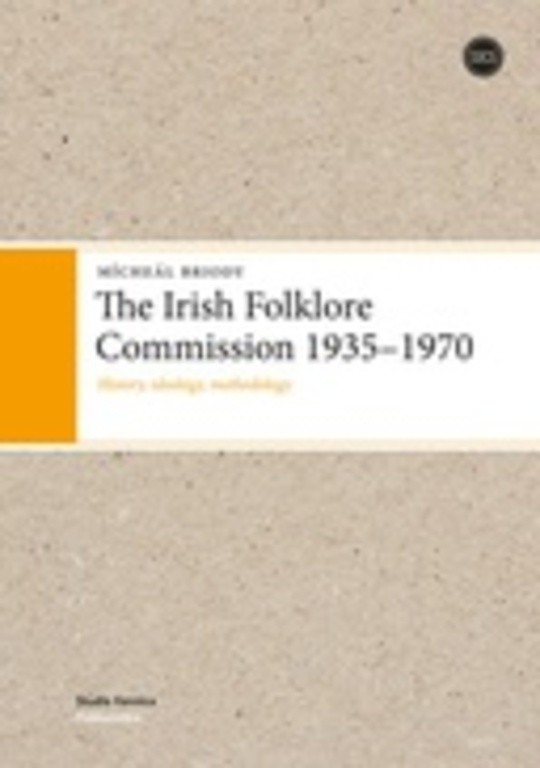 "Between 1935 and 1970 the Irish Folklore Commission (Coimisiún Béaloideasa Éireann), under-funded and at great personal cost to its staff, assembled one of the world’s largest folklore collections. This study draws on the extensive government files on the Commission in the National Archives of Ireland and on a wide variety of other primary and secondary sources, in order to recount and assess the work and achievement of this world-famous institute. The cultural, linguistic, political and ideological factors that had a bearing on the establishment and making permanent of the Commission and that impinged on many aspects of its work are here elucidated. The genesis of the Commission is traced and the vision and mission of its Honorary Director, Séamus Ó Duilearga (James Hamilton Delargy), is outlined. The negotiations that preceded the setting up of the Commission in 1935 as well as protracted efforts from 1940 to 1970 to place it on a permanent foundation are recounted and examined at length. All the various collecting programmes and other activities of the Commission are described in detail and many aspects of its work are assessed and, in some cases, reassessed. This study also deals with the working methods and conditions of employment of the Commission’s field and Head Office staff as well with Séamus Ó Duilearga’s direction of the Commission. This is the first major study of the Irish Folklore Commission, which has been praised in passing in numerous publications, but here for the first time its work and achievement is detailed comprehensively and subjected to scholarly scrutiny. This work should be of interest not only to students of Irish oral tradition but to folklorists everywhere. The history of the Irish Folklore Commission is a part of a wider history, that of the history of folkloristics in Europe and North America in particular. Moreover, the Irish Folklore Commission maintained contacts with scholars on all five continents, and this work has relevance for many areas of the developing world today, where conditions are not dissimilar to those that pertained in Ireland in the 1930's when this great salvage operation was funded by the young, independent Irish state."