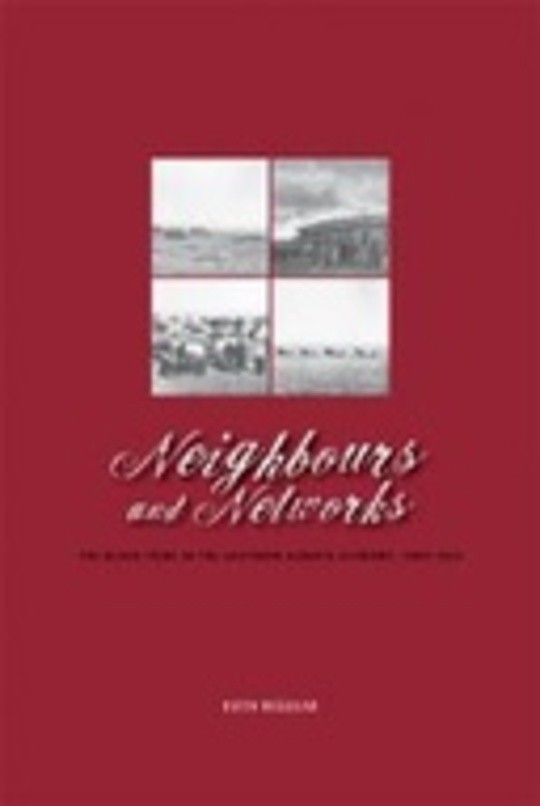 Neighbours and Networks: The Blood Tribe in the Southern Alberta Economy, 1884–1939

Neighbours and Networks explores the economic relationship that existed between the Blood Indian reserve and the surrounding region of southern Alberta between 1884 and 1939. The Blood tribe, though living on a reserve, refused to become economically isolated from the larger community and indeed became significant contributors to the economy of the area. Their land base was important to the ranching industry. Their products, especially coal and hay, were sought after by settlers, and the Bloods were encouraged not only to provide them as needed, but also to become expert freighters, transporting goods from the reserve for non-Native business people. Blood field labour in the Raymond area's sugar beet fields was at times critical to the functioning of that industry. In addition, the Bloods' ties to the merchant community, especially in Cardston and Fort Macleod, resulted in a significant infusion of money into the local economy. Keith Regular's study fills the gap left by Canadian historiography that has largely ignored the economic associations between Natives and non-Natives living in a common environment. His microhistory refutes the perception that Native reserves have played only a minor role in regional development, and provides an excellent example of a cross-cultural, co-operative economic relationship in the post-treaty period on the Canadian plains.