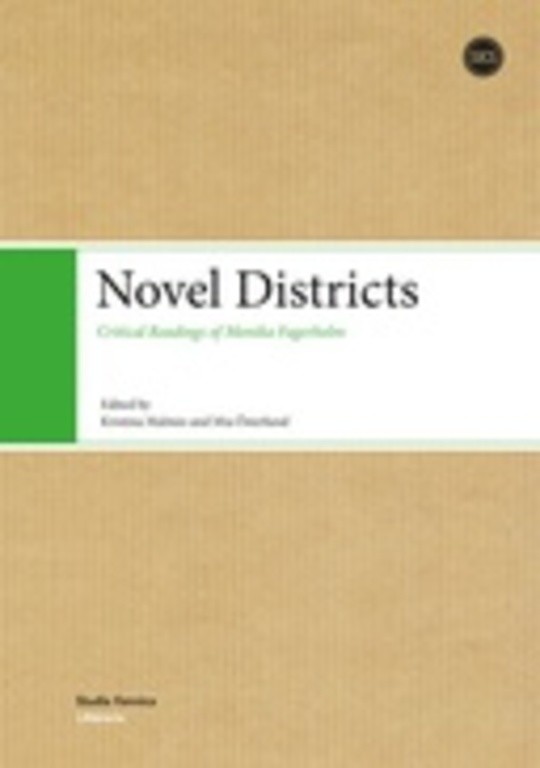 Finland-Swedish writer Monika Fagerholm is one of the most important contemporary Nordic authors. Her experimental, puzzling and daring novels, such as Underbara kvinnor vid vatten (1994) and Den amerikanska flickan (2004), have attracted much critical attention. She has won several literary awards, including the Nordic prize from the Swedish Academy in 2016; her works have travelled across national and cultural borders as they have now been translated in USA, Europe, Eastern Europe and Russia. Fagerholm’s wild and visionary depictions of girlhood have long had an impact on the Nordic literary landscape; currently, she has many literary followers among young female writers and readers in Finland and Sweden. Novel Districts. Critical Readings of Monika Fagerholm is the first major study of Fagerholm’s works. In this edited volume, literary scholars explore the central themes and features that permeate Fagerholm’s works and introduce novel ways to understand and interpret her writings. The book begins with an introduction to her life, letters and the minority literature context of her writing and briefly describes the scholarship on Fagerholm’s works. After that, Finnish and Swedish scholars and experts on Fagerholm scrutinize her oeuvre in the light of up-to-date literary theory. The insights, theories and concepts of gender, feminist and girlhood studies as well as narratology, poststructuralism, posthumanism and reception studies are tested in close readings of Fagerholm’s works published between 1990 and 2012. Thus, the volume enhances and deepens the understanding of Fagerholm’s fiction and invites the attention of readers not yet familiar with her work. The articles demonstrate the multitude of ways in which literary and cultural conventions can be innovatively re-employed within 20th and 21th century literature to reveal new perspectives on contemporary Finnish and Nordic literature and ongoing cultural and social developments.

This book is part of the Studia Fennica Litteraria series.