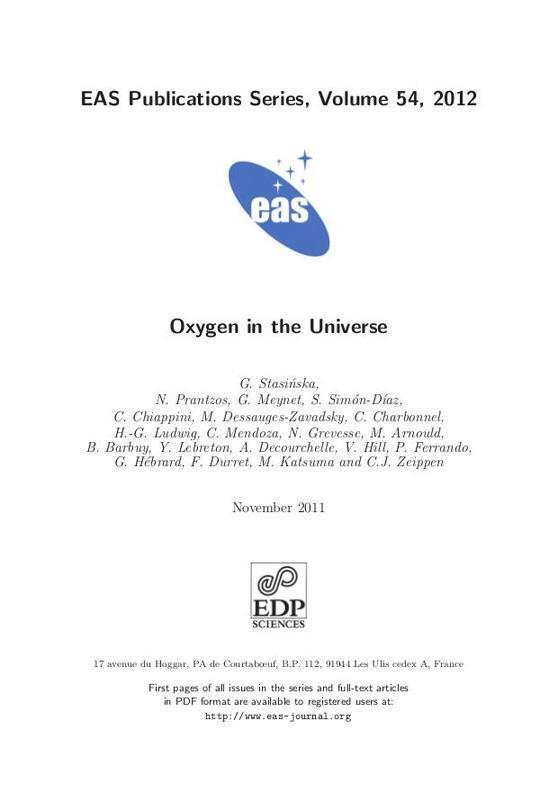 Oxygen in the Universe

This book, written by a group of specialists in the different areas involved, summarises what we understand of the production and distribution of oxygen, the most abundant metal in the Universe. After presenting the methods of oxygen abundance determination in various media, it traces a panorama of oxygen in the Universe, describes the mechanisms and sites of oxygen production and finally discusses the chemical evolution of oxygen in different galactic and extra galactic contexts. An appendix thoroughly discusses the oxygen atomic data.