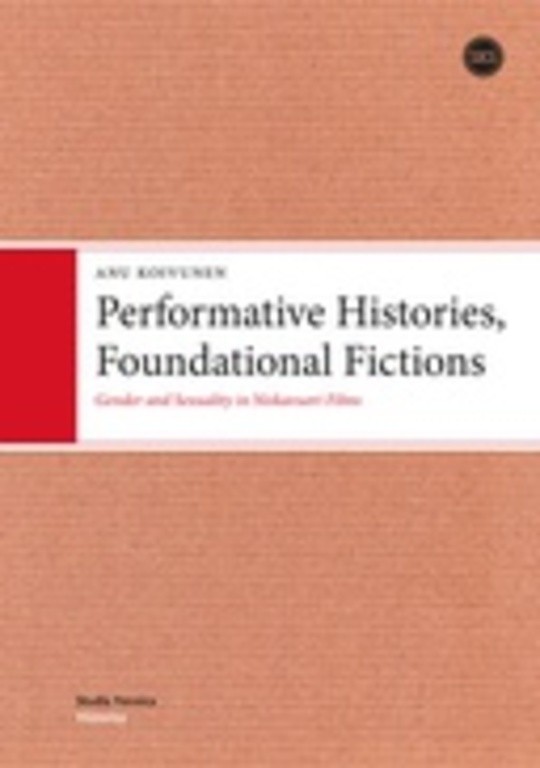 Films are integral to national imagination. Promotional publicity markets “domestic films” not only as entertaining, exciting, or moving, but also as topical and relevant in different ways. Reviewers assess new films with reference to other films and cultural products as well as social and political issues. Through such interpretive framings by contemporaries and later generations, popular cinema is embedded both in national imagination and endless intertextual and intermedial frameworks. Moreover, films themselves become signs to be cited and recycled as illustrations of cultural, social, and political history as well as national mentality. In the age of television, “old films” continue to live as history and memory.

In Performative Histories, Foundational Fictions, Anu Koivunen analyzes the historicity as well as the intertextuality and intermediality of film reception by focusing on a cycle of Finnish family melodrama and its key role in thinking about gender, sexuality, nation, and history. Close-reading posters, advertisements, publicity-stills, trailers, review journalism, and critical commentary, she demonstrates how The Women of Niskavuori (1938 and 1958), Loviisa (1946), Heta Niskavuori (1952), Aarne Niskavuori (1954), Niskavuori Fights (1957), and Niskavuori (1984) have operated as sites for imagining “our agrarian past”, our Heimat and heritage as well as “the strong Finnish woman” or “the weak man in crisis”. Based on extensive empirical research, Koivunen argues that the Niskavuori films have mobilized readings in terms of history and memory, feminist nationalism and men’s movement, left-wing allegories and right-wing morality as well as realism and melodrama. Through processes of citation, repetition, and re-cycling the films have acquired not only a heterogeneous and contradictory interpretive legacy, but also an affective force.