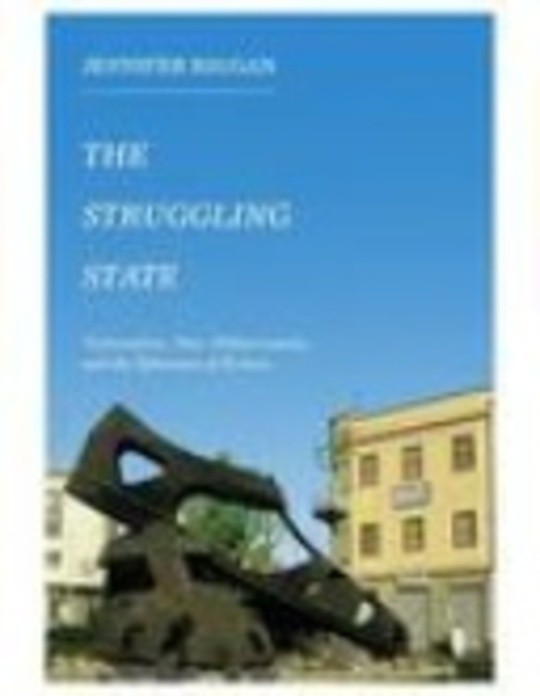 Following independence from Ethiopia, Eritrea’s leaders were praised for their success at building a coherent nation, but over the last two decades the government has increasingly turned to coercion particularly by forcing citizens into endless military service. The Struggling State: Teachers, Mass Militarization and the Reeducation of Eritrea is an ethnographic exploration of how citizens’ redefined their relationship with the nation in response to the state’s increased authoritarianism and use of force. Extremes of coercion and control led Eritreans’ to imagine the once-heroic ruling party as turning against them, which, in turn unraveled the legitimacy of state-produced imaginaries of the nation. The book focuses on teachers, who were situated to do the work of hyphenating, or gluing, nation to state but instead had to navigate between their devotion to educating the nation and their discontent with their role in the government program of mass militarization. As teachers confronted their own conflicted imaginaries of the state and questioned what it meant to be Eritrean, they reeducated the nation, but not necessarily in the way the government wanted them to.This title was made Open Access by libraries from around the world through Knowledge Unlatched.

$9.99
Beyond Westminster in the Caribbean
By Brian Meeks, Kate Quinn
Also Available On