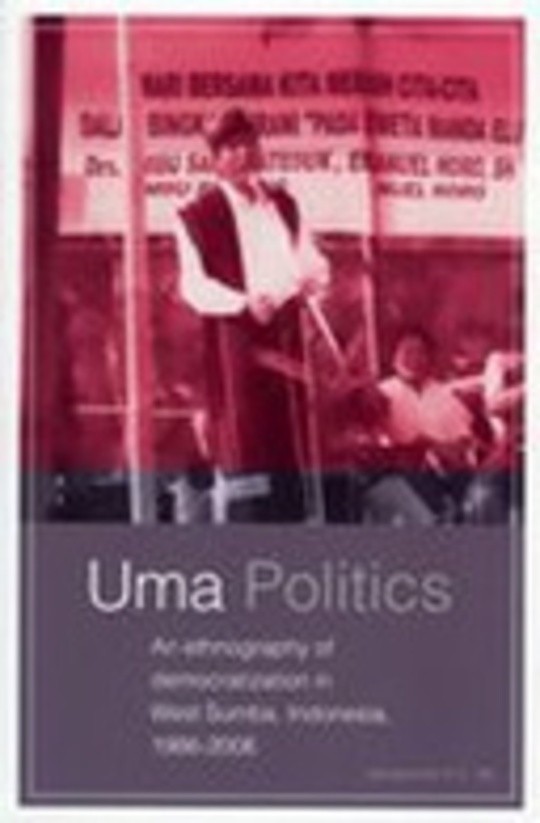 Democracy cannot be implemented overnight. Democratization is an often unpredictable process. This book concentrates on that political transformation in one of Indonesia’s most ‘traditional’ islands, Sumba. Why does democratization create such great opportunities for local politicians with their private agenda’s? Why does regional autonomy, as part of the national democratization program, promote socio-economic inequality in West Sumba? This book is written out of an intimate knowledge of Sumba’s social groupings. Jacqueline Vel lived in Sumba as a development worker for six years in the 1980s and has made frequent return visits for further research since then. She studied every stage of ‘transition to democracy’ in the local context, thus creating this ethnography of democratization. The book analyses themes apparent in a series of chronological events that occurred over a period of twenty years (1986-2006). Uma Politics is the sequel of Vel’s dissertation The Uma Economy, and the title refers to the uniquely Sumbanese type of network politics. The author brings together tradition with the modern economy, government and politics into an evolving, dynamic concept of political culture. Jacqueline Vel is researcher at the Van Vollenhoven Institute of law, governance and development at Leiden University. Part of the research for this book was for the Modern Indonesia Project of KITLV in Leiden and sponsored by a research fellowship of the IIAS. She is currently involved in research on land law, access to justice, and socio-legal aspects of biofuel production in Indonesia.