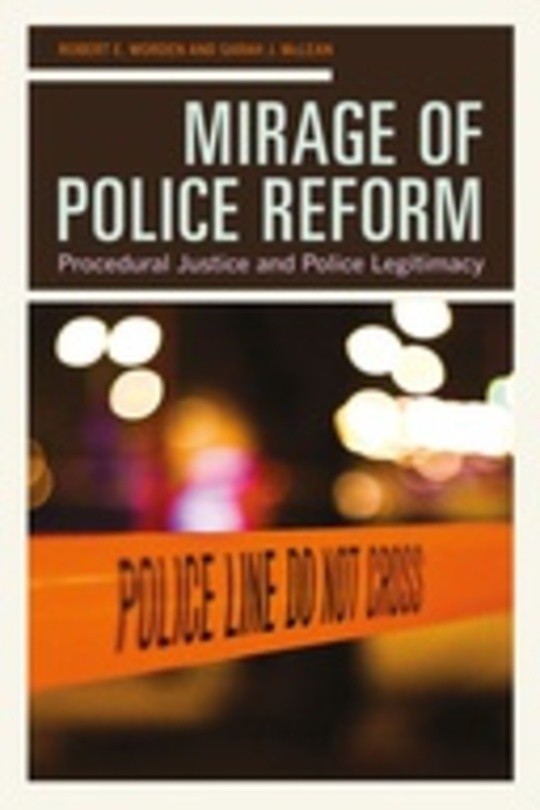 “This timely book challenges widespread assumptions about procedural justice. It provides a potent reminder that much remains to be learned about how people form perceptions of the police, and how police agencies can influence these perceptions.” EDWARD R. MAGUIRE, Arizona State University

“Since Ferguson, the nation has been searching for solutions to the legitimacy crisis that has engulfed policing. Procedural justice was the number one reform put forward by President Obama’s commission. This book digs into this proposal and provides the best evidence to date on how it actually affects police behavior and public acceptance of being policed.” WESLEY G. SKOGAN, Northwestern University