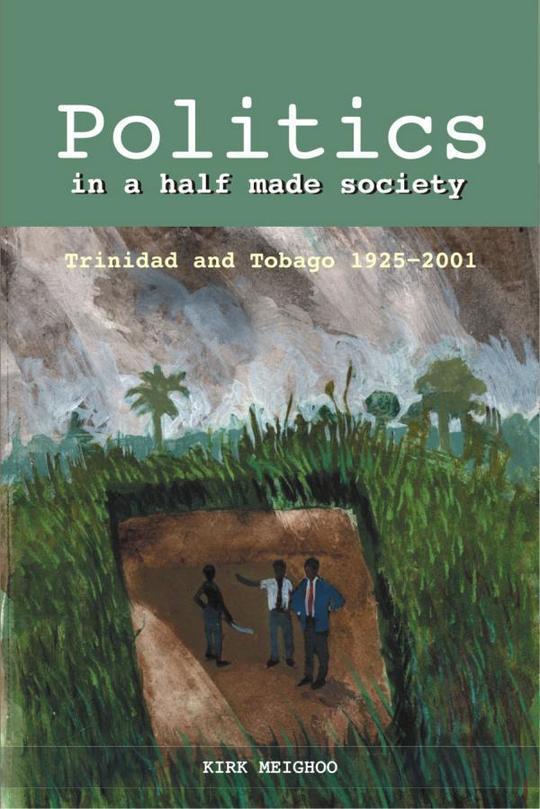 By Kirk Meighoo
US$ 9.99
Buy eBook NowGift eBook
The publisher has enabled DRM protection, which means that you need to use the BookFusion iOS, Android or Web app to read this eBook. This eBook cannot be used outside of the BookFusion platform.
DescriptionTable of ContentsReviews
Book Description

Politics in a Half Made Society tells the story of twentieth-century politics in the twin island of Trinidad and Tobago. The book provides a narrative and analytical account beginning in 1925, when the first elections were held, and continuing up to 2001 with the two major political parties in a historical deadlock for which formal constitutional arrangement did no cater.

The book is divided into four sections, each underlining the important stages of Trinidad’s political history, Part One – Prelude to Self-government – deals with Trinidad’s move towards the establishment of party politics between 1925 and 1953; Part Two – The Long Reign of Eric Williams – recounts the political shrewdness of this prime minister and the peculiar challenges he faced while in power; Part Three – Paved with Good Intentions: The Rise and Fall of the National Alliance for Reconstruction – examines the failure of the Chambers administration to sustain the political and economic gains made during the Williams years, covers the attempted coup of 1990 and assesses the NAR’s performance; Part Four – Toward Stalemate: Structural Adjustment, Indian Arrival and Slim Majorities – looks at the political configuration of the 1990s after structural adjustment and Basdeo Panday’s coming to power.