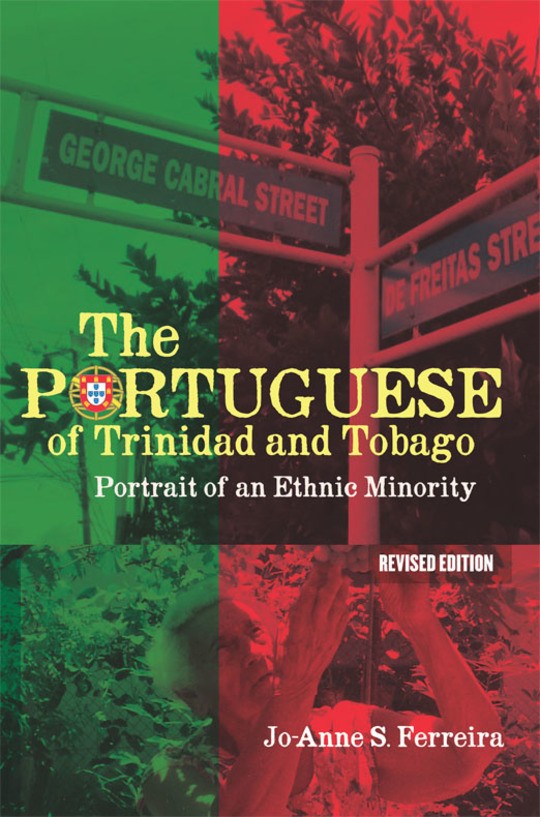 The Portuguese of Trinidad and Tobago

By Jo-Anne S. Ferreira
US$ 24.99
Buy eBook NowGift eBook
The publisher has enabled DRM protection, which means that you need to use the BookFusion iOS, Android or Web app to read this eBook. This eBook cannot be used outside of the BookFusion platform.
DescriptionTable of ContentsReviews
Book Description

Traditionally a navigating and migratory people, Portuguese settlers came to the Caribbean as early as the seventeenth century. The ancestors of the modern Portuguese community in Trinidad and Tobago hailed from the archipelago of Madeira, fleeing their homeland in search of an economic and religious haven from the 1830s onwards. They came neither to explore nor to conquer, had no history of land and slave ownership in the Caribbean, and they came without prestigious family names or old money. Yet within a few generations, struggles were overcome to push the community to the forefront of national life, in the areas of business, politics, religion and culture. Bound by language and traditions, the Portuguese were able to work together for their common good, the result of which was a proliferation of Portuguese businesses of various sizes and descriptions all over the country. Though few in number, the Portuguese contribution to their adopted homeland is of a significance beyond the small size of the community.

Every migrating group has a tale to tell. For years, the tale of the Madeirans in Trinidad and Tobago and Luso-Trinidadians and Tobagonians has gone untold. Here is an attempt to tell their story in the context of culture and entrepreneurship.

JO-ANNE S. FERREIRA is Senior Lecturer in Linguistics, the University of the West Indies, St Augustine, Trinidad and Tobago. Her publications include studies on the history of Portuguese language and culture in the Caribbean and on Trinidadian and other South American Caribbean French Creole varieties.