NASA Administration
History
Aeronautics and Astronautics, 1968
Read Now
The publisher has enabled DRM protection, which means that you need to use the BookFusion iOS, Android or Web app to read this eBook. This eBook cannot be used outside of the BookFusion platform.
Description
Contents
Reviews

How the voyage of Apollo 11 came to pass after seven years of concerted national effort will occupy the serious attention of competent historians for years to come. The moon walk of Astronauts Armstrong and Aldrin was an important achievement in the progress of man. This dramatic event was shared on live television by half a billion people around our small planet, involving the entire globe in a unique common historical event of all mankind. New questions concerning the place of man in the universe have been raised, which should stimulate inquiry into the philosophical aspects of space travel as well as the scientific, engineering, and organizational aspects. For such studies it is hoped that this chronology of the space events of the notable year of 1968 will be of high reference value. The year preceding man's first landing and initial exploration of an extraterrestrial body was also the 11th year since Sputnik became the first manmade object lofted into earth orbit and the 10th anniversary of the creation of the U.S. National Aeronautics and Space Administration. For NASA it witnessed the conclusion of the great leadership of its second Administrator, James E. Webb, who organized and carried forward so vigorously America's effort to undertake a manned lunar landing in the decade of the 1960's. Two historic space flights in the final months of 1968 put the work for which he had been responsible to the final test: Apollo 7, the first manned Apollo flight, and Apollo 8, man's first trip from earth into orbit around another celestial body. After an 18-month hiatus in manned space flight, both flights were carried out flawlessly. Other notable techno-scientific space triumphs were made in 1968, including the launching of the Orbiting Astronomical Observatory II, the successful conclusion of the X-15 rocket research airplane program, and the Soviet missions of the rendezvousing Soyuz I11 and unmanned circumlunar flights of Zond V and Zond VI. This chronicle for 1968 helps maintain historical perspective by including such events in their juxtaposition to other threads of history such as the budgetary and policy problems besetting NASA and its White House and Congressional overseers. The 1968 space program was carried out in a year of national unrest and turbulence in the United States. Major news events included tragic assassinations and urban riots in the United States, widespread campus disorders, the capture of the U.S.S. Pueblo by North Korea, continued combat in South Vietnam, war in the Middle East, the starving of thousands in Biafra, and a turbulent presidential campaign. To many Americans U.S. successes in space provided much-needed reassurance that this mighty nation could still accomplish great things. If the engine of modern social change is technology, perhaps this first collation of space accomplishments in 1968 will promote greater in-depth understanding of our complex times. This, in turn, may help generate new solutions for current and future problems in those complex human areas which so badly need to progress as rapidly as our science and technology. This chronicle covering aeronautical and space events in 1968 is, like its predecessor volumes, a tentative step in the process of documentation and writing of history. Admittedly a first skimming, it attempts to sort out the rising crescendo of events, decisions, and personalities into the sequence of their happening. It is largely a collection process on available sources rather than a product of research. Because of the virtual real-time basis on which it is compiled and written, it must rely heavily on the most immediate and available sources-newspapers, magazines, press releases, etc.-rather than on the in-depth documentation that full history requires, It is, in another sense, a holding action until the full history can be written, while at the same time providing early reference utility. 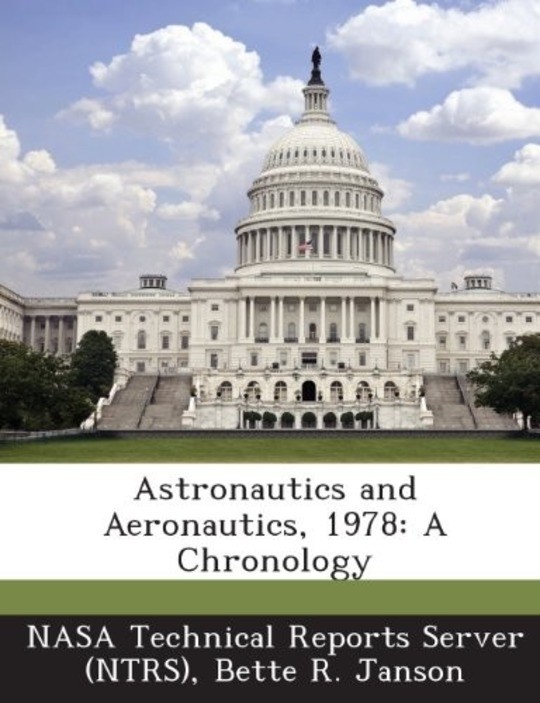