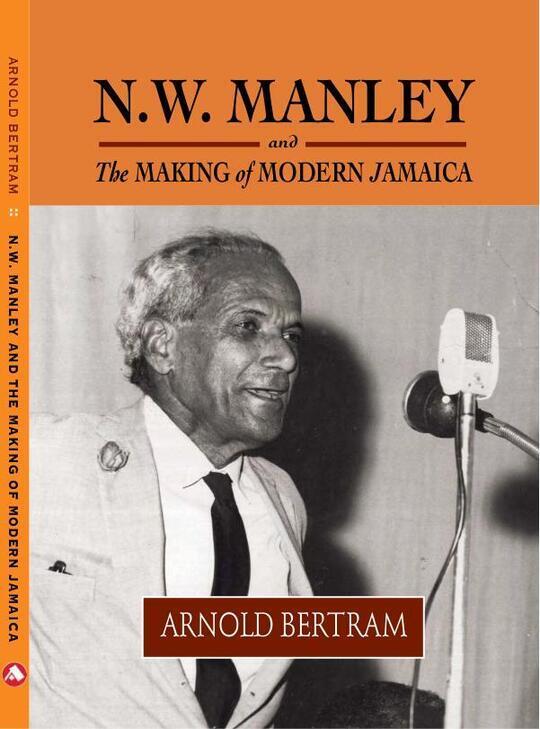 N.W. Manley and the Making of Modern Jamaica

By Arnold Bertram
US$ 35.50
Buy eBook NowGift eBook
The publisher has enabled DRM protection, which means that you need to use the BookFusion iOS, Android or Web app to read this eBook. This eBook cannot be used outside of the BookFusion platform.
DescriptionTable of ContentsReviewsComments
Book Description

N.W. Manley and the Making of Modern Jamaica combines knowledge, analysis and reflection in a remarkable portrayal of the life and times of the doyen of Jamaican nationalism and primus inter pares among the Founding Fathers of modern Jamaica.
This book is a must-read for a deeper understanding of the fixity of purpose and sustained pursuit of excellence which drove Manley to achieve unprecedented distinction as a schoolboy in sports, academics and leadership. Despite an
economically challenging childhood and the early loss of both parents, he won the Rhodes scholarship, survived a near fatal illness and later received a medal for bravery in World War I. He gave up a lucrative law practice and leadership of the Jamaican Bar to devote his extraordinary talents and unparalleled energy to the making of modern Jamaica. The author uses his deep understanding of Jamaica’s social history and his keen insight of the political process to weave a compelling narrative to
analyse Manley’s place in the pantheon of political leaders whose role in the decolonization and modernization of their respective states earned them
international recognition.