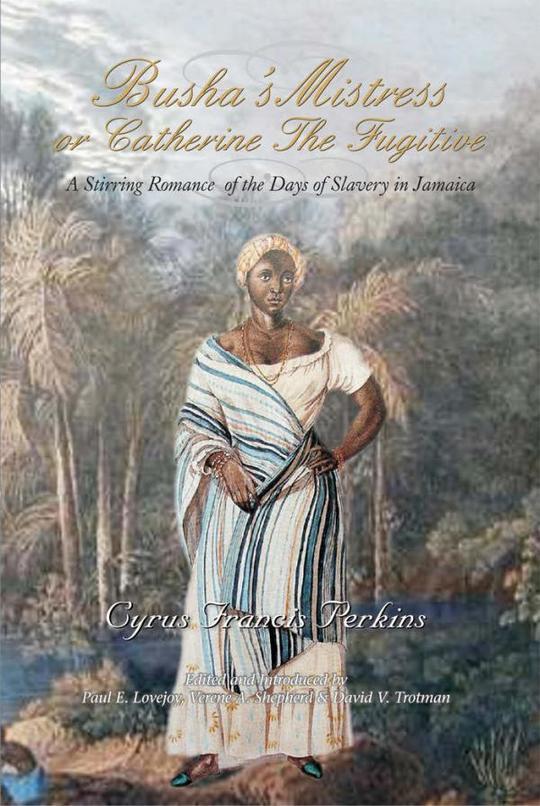 Busha's Mistress or Catherine The Fugitive: A Stirring Romance of the Days of Slavery in Jamaica

By Cyrus Francis Perkins, Edited and Introduced by Paul E. Lovejoy; Verene A. Shepherd; David V. Trotman
US$ 9.99
Buy eBook NowGift eBook
The publisher has enabled DRM protection, which means that you need to use the BookFusion iOS, Android or Web app to read this eBook. This eBook cannot be used outside of the BookFusion platform.
DescriptionTable of ContentsReviews
Book Description

Recovered from the archives is Cyrus Francis Perkins's novel entitled Busha's Mistress or Catherine the Fugitive: A Stirring Romance of the Days of Slavery in Jamaica which was written in the mid-1800s and published in Jamaica in 1911 as a
series of instalments in the local newspaper the Daily Telegraph and Jamaica Guardian.

Cyrus Francis Perkins, a white Jamaican (of Canadian descent), lived through the period of Jamaica's history during which the colony was undergoing the transition from slavery to freedom. The resulting story is, thus, rich in historically insightful details which bring that era to life and which make the book a valuable resource for
scholars of Caribbean history. Revealed here are interesting tit-bits about the relationship between the enslaved and the enslaver, the daily life on the sugar
plantations, the business transactions involved, the depiction of the culture of enslaved Africans, Maroon resistance and varied perspectives on the abolition of slavery.

But apart from its historic dimensions, Busha's Mistress is an ageless story of romance and heartbreak. The book recounts the tale of Catherine, the enslaved mistress of a cruel white overseer on Greenside Estate, near Falmouth on Jamaica's north coast. This young woman's adventures begin with her flight from the estate where she finds refuge with friends who eventually smuggle her off to England. Her story continues with her travels and experiences in England, and culminates in her return to Jamaica
where she delivers a final act of love.